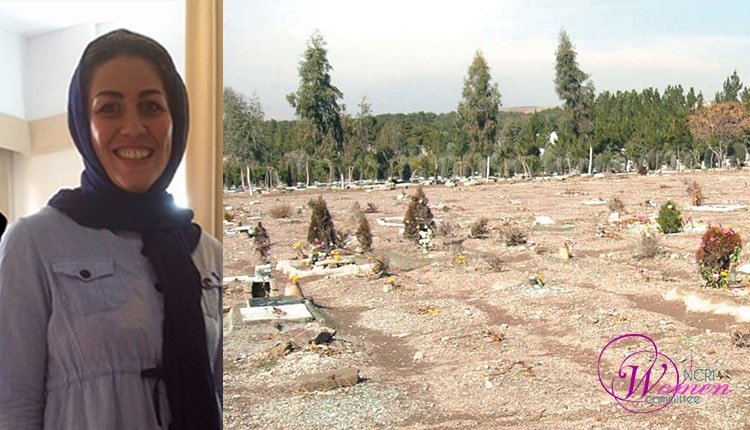 Maryam Akbari: Murderers in charge of 1988 massacre are still in power

On the anniversary of the massacre of political prisoners in Iran in summer 1988, political prisoner Maryam Akbari Monfared who is serving the 10th year of her sentence in the Women’s Ward of Evin Prison, sent out an open letter.

Maryam Akbari Monfared has lost one sister and a brother in the 1988 massacre, and two other brothers in the mass executions of the 1980s. In her letter, she calls martyrs the blood that runs through the veins of history.

She slammed the West for remaining silent on this greatest crime against humanity since the World War II. Maryam Akbari Monfared reiterated in her letter that the clerical regime ruling Iran has been relying on such shameful policies in committing the crimes which have continued to this date. She called in her letter on Europe and the U.S. to adopt firmness with regards to human rights abuses in Iran. Excerpts of her letter follow:

There’s a history behind the stony walls and bars of every prison, a history made by men and women whose place is in the heart of our nation; what they made with their flesh and bone has expanded in their absence to create the Call for Justice movement to beset the appeasers and make them account to the future generations.

These slaughters perpetuated because of the policy of appeasement pursued by European countries and America. The regime relied on this policy to commit their crimes. And this is how they were able to conceal their dreadful and horrendous crime, the greatest massacre since the World War II, for 29 years.

But the time has come for you to set this disgraceful policy aside and clear your eyes. This is a regime propped up by genocides and the perpetrating murderers are still in power. It is an indisputable truth, however, that the blood of martyrs roars endlessly.

The Islamic regime’s killing machine continues its massacre of political prisoners. (For example, the case of Mr. Mohammad Salas who was killed in March 2018 according to a scenario fabricated to justify its brutal clampdown on our fellow dervishes. Or the case of Alireza Shir-Mohammad-Ali who was recently murdered in prison by inmates hired by prison authorities.)

Anyone who gets used to remain silent and fails to speak out against injustices, anyone who decides to pursue appeasement, he/she betrays human cognizance and freedom of choice. This destroys the gem that exists in all human beings and distinguishes human beings from all other living creatures.

Your concealing of this crime, remaining silent about it, and encouraging the masterminds and perpetrators of the massacre of Iran’s valiant children, have emboldened the religious fascism in suppression and warmongering.

In that dawn, when the victims kissed their hanging nooses, they turned into the blood that runs in the veins of history.

Their warm breaths spread the seeds of the future on the soil of the past.

In the hot weather and repressive atmosphere of the torture chambers, their chants at the gallows wrote our history.

We hail those who faced the hanging noose of the anti-human enemy with their shield less bodies. They proudly wrote the glorious epic of Summer 1988, the most glorious epic in the history of Iranian people’s struggle for freedom.

They attested to a glorious truth which wrote another golden page in the destiny of the Iranian people whose prospect continues to provoke our nation across the country to rise up, endure and struggle.

End impunity for perpetrators of the 1988 massacre