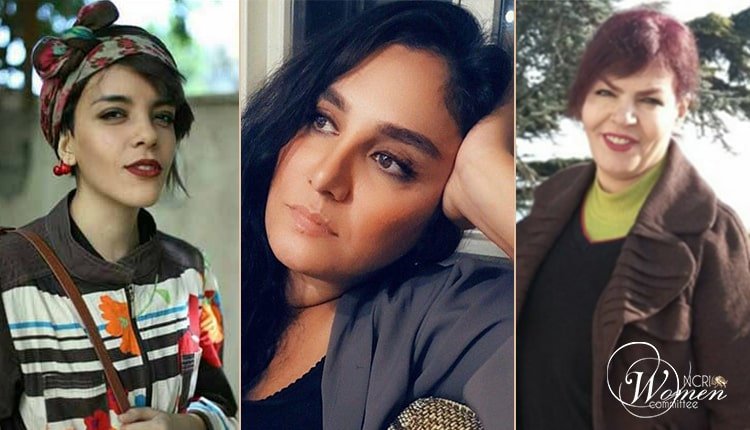 Three women’s rights activists held in Qarchak Prison (Shahr-e Ray) have been sentenced to a total of 55 years and six months in prison all of which must be implemented. The Revolutionary Court of Tehran informed Yasaman Aryani, Monireh Arabshahi, and Mojgan Keshavar of their sentences in the absence of their lawyers on Wednesday, July 31, 2019.

Branch 28 of Tehran’s Revolutionary Court presided by the notorious judge, Mohammad Moghiseh, sentenced each of these prisoners to 5 years in prison for “association and collusion against national security,” one year for “disseminating propaganda against the state,” and 10 years for “encouraging and preparing the grounds for corruption and prostitution.” In addition to these charges, Mojgan Keshavarz has been sentenced to 7.5 years for “insulting the sanctities.” These add up to 55 years and six months in prison for the women’s rights activists.

The three activists had been informed of their charges on June 26, 2019, when they said the judge had told them in abusive language, “I will make you all suffer.”

Yasaman Aryani was arrested at home for the second time on April 10, 2019, by intelligence agents in Tehran. Yasaman Aryani’s mother, Monireh Arabshahi, was arrested the next day after she went to the Vozara detention center in Tehran to inquire about her daughter’s whereabouts. She was then transferred to the notorious Qarchak Prison.

Yasaman Aryani was held in solitary confinement in Vozara detention center for 9 days under interrogation, pressure and ill-treatment to make forced confessions regarding her civil activities.

Mojgan (aka Maya) Keshavarz who has a 9-year-old daughter was arrested at home in Tehran on April 25, 2019. She was beaten in front of her daughter and subsequently taken away to an unknown location. Just before being arrested, Ms. Keshavarz was working as a volunteer to help the flood stricken residents of Lorestan.

In another development, a Kurdish woman activist, Parvin Advaii, was arrested by agents of the Intelligence Department of Marivan where she resides, on July 27, 2019. Intelligence agents raided her home and ransacked it, taking her away to an unknown location. No news has been available on her fate.