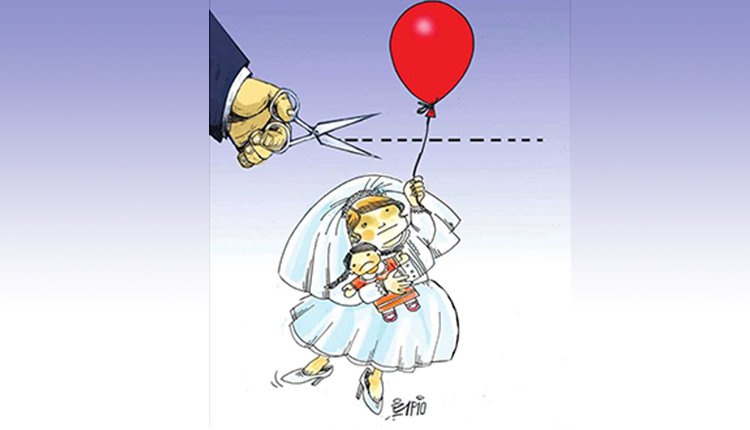 The Director of Iran’s Census Organization in Hamadan Province stated that in 2018, 44 girls under the age of 15 were pregnant in Hamadan.

Marriage and pregnancy under the age of 18 increase maternal mortality as well as physical and psychological harm to girls. Depression and sometimes suicide, along with divorce, school dropouts, and sustaining the cultural and economic poverty cycle are among those harms.

A justice ministry lawyer said, “Unfortunately, official and unofficial statistics suggest that there are underage marriages, indicating that laws related to this issue are insufficient. Child marriages in Iran have been on the rise in recent years.”

Early marriages and child marriages are examples of violence against women and the worst form of oppression against girls and the future of women in Iran. According to statistics released by the regime, at least 43,000 girls under 15 and 180,000 girls under 18 get married in Iran every year. There are 24,000 widows under 18 and 15,000 widows under the age of 15 in Iran.

Shahnaz Sajjadi, special assistant for citizens’ rights in the directorate for Women and Family Affairs, commented on the rejection of the bill proposing to ban child marriages of under-13 girl children by the Legal and Judiciary Commission of the Majlis (the mullahs’ parliament).

Sajjadi said, “When a 12-year girl is forced by her father to get married, the validity of this marriage is under question both legally and religiously because of the girl’s lack of consent.

I am sure that members of the Legal and Judiciary Commission who opposed this bill, none of them are willing to have their children quit school and get married in young age.” (The state-run ILNA news agency – December 29, 2018)