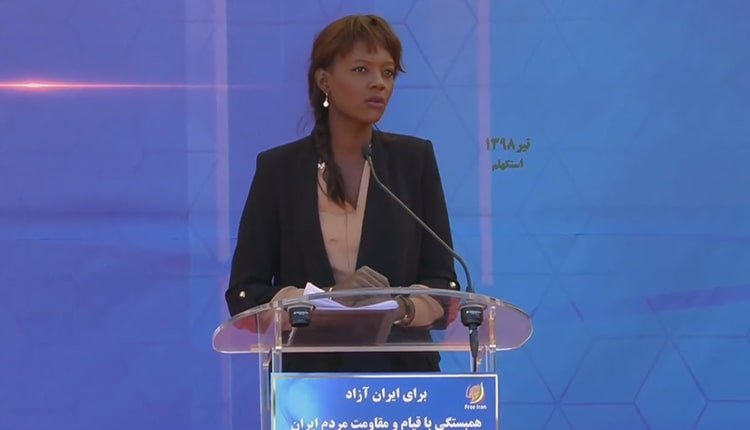 Rama Yade: Iran would not be a great civilization without women

I am coming back from Ashraf 3. In Ashraf 3 I saw the impossible. It is a moved woman that is standing in front of you. Emotions in front of this city that was built in less than 2 years. Hotels, houses, hospitals, schools, bakery, in the middle of nowhere, at 40 minutes from Tirana, in Albania. It is a city that now stands on what was a mud field only a few months ago. You have proved, through that amazing masterwork that was built in Ashraf, that what was built there could be done one day in Iran.

It took your suffering, and your hope, your talent, and your discipline, but also thousands of martyrs for Ashraf to exist.

Emotions also in front of an overwhelming hospitality of Albania. There, I saw a small country but whose people have a big heart. Albania is Mother Teresa’s land. We had forgotten it. A land of hope. Albania is Skanderbeg’s Land. We had ignored it. It is a land of resistance, like you. Albania, this (lesser) known Balkan country, crosses by 1000 civilizations through an exceptional history that is now crossed by the Persian culture through Ashraf 3.

It took a huge hospitality and also the sufferings (and) oppression that Albania itself lived in the past to welcome MEK.

Here is Ashraf 3, a place for memory, a land of hope, a living testimony of fear, terror and faith. Ashraf reminds us (of) Tehran that demonstrated with so many other Iranian cities a few months ago and still now, to express its desire for change. If some have doubted, the demonstrations have faithfully recalled what the Iranian people want; democracy, not dictatorship; freedom, not terror; secularism, not theocracy; equality, not privileges. A great people have woken up. We have to listen to that scream. But the regime’s answer was terror and jail.

Why? For a nuclear agreement that is now dead and buried. We had warned them yet this agreement was an illusion. It is impossible to negotiate with the Iranian regime. Today unfortunately, we are witnessing a new arms race, a threat of nuclear war, but more than that, a deeper crisis about a religious threat from a regime whose vision of Islam is extremist. No one knows if this nuclear agreement should be saved or not. I said it was predictable; (it is) impossible to negotiate with one hand in the back.

At the moment when everyone tries to find a solution to the crisis with Iran we have to think (of) an alternative. A democratic alternative, an antidote to fundamentalism. And I think it is (the) PMOI.

The Iranian Resistance has identified the threat since so long. Its members have paid a high price for their commitment. You have proved that Islam perfectly matches with democratic principles, gender equality, and respect of other religions. We owe all this to its leader, Maryam Rajavi.

PMOI knows what women have brought to Iran. Iran would not be a great civilization without women, actors of change, martyrs of the cause. They have occupied the squares of Iranian cities and villages since so many months and so many years sacrificing their freedom and sometimes their lives.

Women, sisters, wives, mothers, they are so brave and too young to go to jail. But they accept (that because of) their strong hope to be heard.

Yes, you have shaken human consciousness, broken silences, raised this word very high; justice, magnified courage. Your commitment is an extraordinary, a powerful, and daily act of faith and determination. Thanks to you change is coming.

This incredible change has the strong name, the strong voice, and the beautiful face of a role model, President Maryam Rajavi.