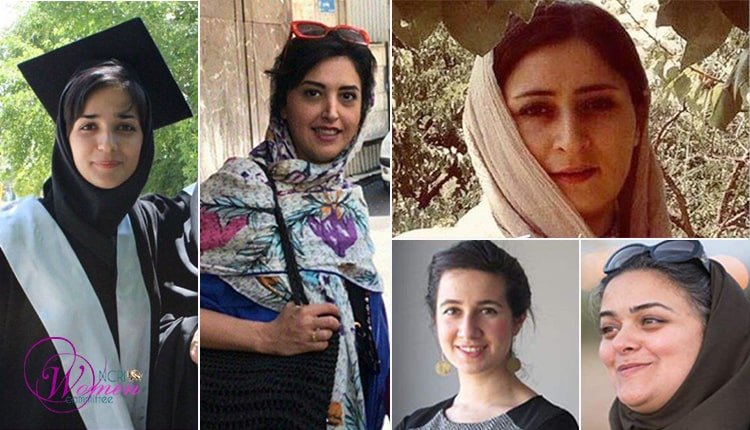 Asal Mohammadi, a civil rights activist and a student at the Department of Pharmaceutical Sciences at Azad University of Tehran, was transferred to Evin Prison on Sunday, August 4, 2019.

Asal Mohammadi appeared in Branch 4 of the court on a pre-set date, but her bail was changed to detention on the basis of a complaint from the Ministry of Intelligence. She must remain in custody until her sentence is issued. Ms. Asal Mohammadi was thus arrested by judicial bailiffs and transferred to Evin Prison.

Leila Hosseinzadeh, a master’s student of anthropology at Tehran University who was arrested by intelligence agents on July 28, 2019, was transferred to the women’s ward in Evin Prison on Monday, August 5, 2019, to carry out her 30 months’ imprisonment sentence.

In another news related to female prisoners, three activists, including Sepideh Kashani and Niloufar Bayani, went on hunger strike on Tuesday, August 6, 2019, in protest to the continuation of their detention and the lack of investigation in the cases of environmental activists in Evin Prison. These activists have been illegally detained in Ward 2A of Evin Prison for more than 500 days on charges of “corruption on the Earth and association and collusion against national security”.

Also on Monday, August 5, 2019, a hearing on the charges against Atefeh Rangriz, labor activist arrested during the Labor Day protests, was held at Branch 4 of the Tehran Court. A bail was set at 4 billion tomans for Ms. Rangriz’s temporary release, but since her family could not afford it, she was returned to Qarchak Prison in Varamin. Atefeh Rangriz was badly brutalized by ordinary prisoners on July 30, 2019, and transferred to the hospital after the incident.

A month after the arrest of Sedigheh Moradi and her husband Mehdi Khavas-sefat, their families are still unaware of their fate. The former political prisoners were detained by security forces in Tehran on Sunday, July 7, 2019.