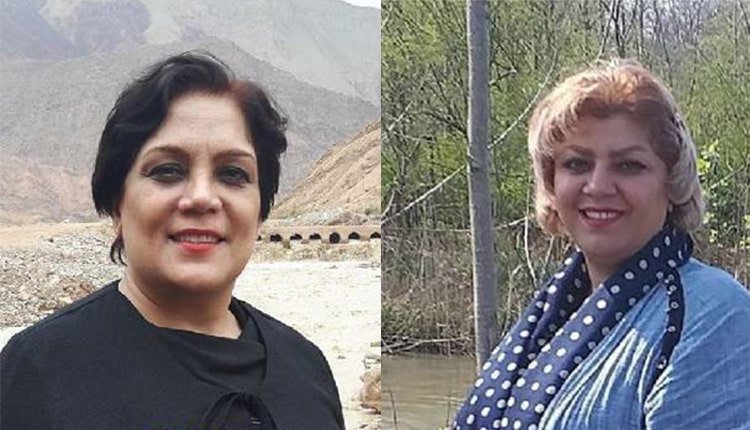 Two women’s rights activists, Maryam Mohammadi and Esrin Derkaleh, have been moved from the Intelligence Ministry Ward 209 in Evin Prison to the Women’s Ward.

The two women’s rights activists had been active in the field of women’s empowerment and women’s literacy. They spoke on the International Women’s Day to a gathering held by the Voice of Iranian Women’s Association (Neda-ye-Zanan-e Iran) and talked about women as being the main driving force in the protests and also about 40 years of women’s movement in Iran..

In another development, Nasrin Javadi who had been arrested on May 1st demonstrations in Tehran, was summoned to the 26th Branch of Tehran’s Court on Tuesday, August 6, 2019. The court accused her of disrupting public order and of association and collusion against national security, as well as of propaganda against the state.

Simultaneous with the first hearing of those arrested for participating in the protests of Sugar Cane workers of Haft Tappeh, including Asal Mohammadi and Sanaz Allahyari, security forces arrested six student and labor activists who had participated in a gathering outside the court on Saturday, August 3, 2019. Among them was Sahar Shahrabi Farahani, a female labor activist. She is 32, a painter and student of Persian Literature.

Also on Sunday, August 4, 2019, security forces arrested Ms. Raha Ahmadi and took her to an unknown location. Her family has inquired about her whereabouts without any response.

In other news, the case of Saba Kord Afshari, a women’s rights activist presently detained in the notorious Qarchak Prison in Varamin, was examined on Wednesday, August 7, 2019, by the Court of Tehran. The last hearing of the case of her mother, Raheleh Ahmadi, was also held on August 4, 2019.