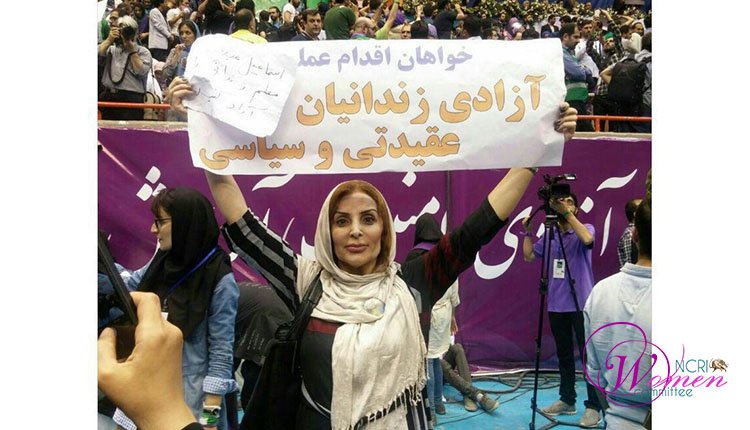 Female civil activists and cultural activists participating in a protest in front of the Mashhad court, including Hurriyeh Farajzadeh, Fatemeh Sepehri, and Pouran Nazemi, were arrested along with several others. The state-run Fars News Agency also confirmed the arbitrary arrests.

On Sunday, August 11, 2019, simultaneous to the trial of a university professor, Kamal Jafari Yazdi in Mashhad, a group of civil and cultural activists held a rally in his support.

Civil and cultural activists from various cities of Iran traveled to Mashhad in support of the detained university professor, some of whom are currently detained and in an unknown location including the three female civil activists. Mr. Hashem Khastar, a prominent educational figure in Mashhad is also among those detained.

The state-run Fars News Agency reported that the activists came from cities across Iran to take part in the protests, accusing the protesters of “disrupting security” and of “being in contact with groups supporting regime change.”

Kamal Jafari Yazdi, a professor at the University of Mashhad, was has been sentenced to 13 years’ imprisonment by the Branch 4 of the Revolutionary Court in the northeastern city of Mashhad held on April 9, 2019, and his appeal was held on Sunday, August 11, 2019. According to the ruling, Mr. Jafari was sentenced to 10 years in prison for the charges of “forming an illegal group against national security,” two years for “insulting the supreme leader,” and one year for “propaganda against the state.” In all, he was sentenced to 13 years in prison.

According to another report, a court hearing on the charges against Sanaz Allahyari and her husband was held. At the hearing held in Tehran, the court opposed changing the detention sentence to bail.

Two Baha’i citizens, Monireh Bavil Soflaii and Mino Zamani were also arrested in Tehran on Saturday, August 10, 2019, and transferred to Evin Prison. After their arrest, security agents said, “Do not pursue the situation of the detainees until further notice.”