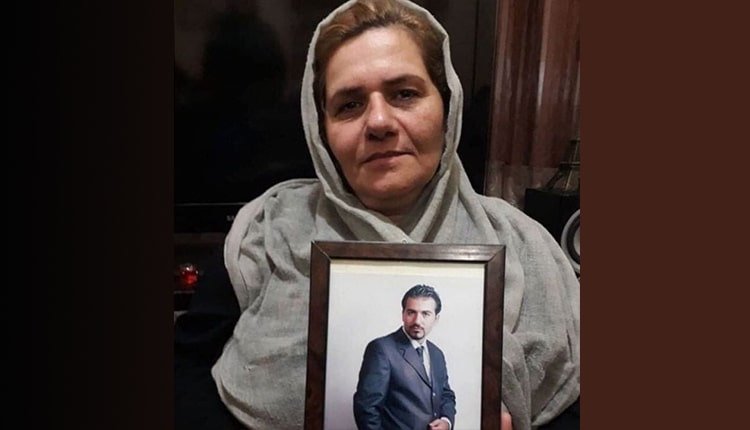 Without any explanation, Evin Prison authorities canceled the visitation of Ms. Farangis Mazloumi with her family, which was arranged in coordination with her detention unit.

In addition, Ms. Farangis Mazloumi who telephoned her family every Saturday, unlike the routine process of the last three weeks, this week she was not allowed to make the telephone call. Prison authorities have issued a 300 million toman bail for her release, which her family cannot afford.

Ms. Farangis Mazloumi, the mother of political prisoner Soheil Arabi, was arrested by security forces on July 22, 2019, and is currently being held at the Ministry of Intelligence’s detention center, Ward 209 of Evin Prison. She is being held in prison only for defending her son and being the voice of this political prisoner. Given her history of heart problems, her family is very worried.

In another report, labor rights activist Narges Mansouri was arrested by security forces on Monday, August 12, 2019. Narges Mansouri is a member of the Syndicate of Workers of Tehran and Suburbs Bus Company who was arrested a day after the arrest of a number of trade and civil activists in Mashhad and her whereabouts are not known.

In another report, a court hearing on the charges against journalist and labor activist Marzieh Amiri who was arrested on the International Labor Day was held in the Tehran Court on Tuesday, August 13, 2019. Judge Moghiseh has rejected Marzieh Amiri’s request to change her temporary detention verdict to bail. Marzieh Amiri suffered from epileptic seizures at the time of interrogation due to physical and psychological pressures.

At a news conference, Gholamhossein Esmaili, spokesman for the judicial system of Iran, confirmed the arrest and detention of Noushin Jafari, theater and cinema photographer, saying Noushin Jafari was detained on charges of “sacrilege,” “denigrating” a religious mourning anniversary and “propaganda against the Islamic Republic.”

As a result of the international campaign to save the lives of political prisoners in Qarchak Prison, Saba Kord Afshari, Yasaman Aryani, Monireh Arabshahi, Mojgan Keshavarz, and Sima Entesari were transferred to Evin Prison from Qarchak Prison in Varamin on Tuesday, August 13, 2019. On the same day, Sufi woman Ms. Elham Ahmadi was released from Evin Prison after the end of her sentence.