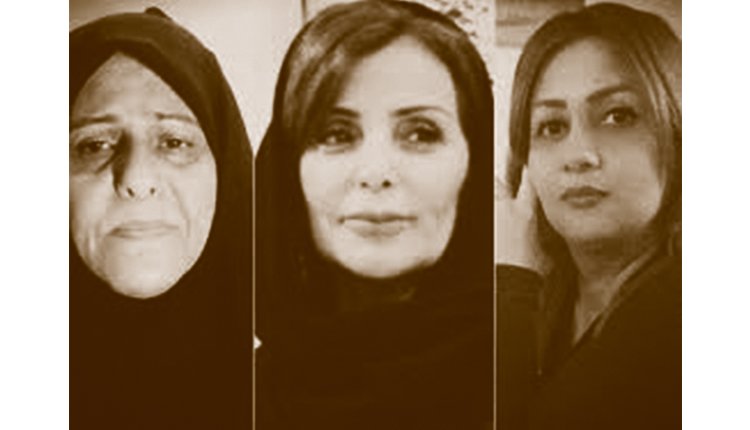 Fifteen civil rights activists, including five women, were transferred from Vakilabad Prison to the Intelligence Department in Mashhad on Wednesday morning, August 14, 2019.

The activists were arrested on Sunday, August 11, 2019, participating in a protest in front of the Mashhad court simultaneous to the trial of a university professor, Kamal Jafari Yazdi. Five women are among those detained, three of whom have been identified so far as Hurriyeh Farajzadeh, Fatemeh Sepehri, and Pouran Nazemi.

The state-run Fars News Agency confirmed the arrests of the activists on Sunday, August 11, 2019, accusing the protesters of “disrupting security” and of “being in contact with groups supporting regime change.”

In other news, Raha Ahmadi was transferred to Qarchak Prison in Varamin on Sunday, August 11, 2019, following an arraignment at the prosecutor’s office in Evin Prison. Ms. Raha Ahmadi has been sentenced to two months’ detention and her 600 million tomans bail sentence has been rejected. She was detained by security forces on Sunday, August 4, 2019, and interrogated at Vozara Detention Center for a week.

Reports released on Wednesday, August 14, 2019, suggest that the detention sentence of Asal Mohammadi has changed to a 2 billion toman bail, which her family has so far not been able to secure. Asal Mohammadi, a civil rights activist and a student at the Department of Pharmaceutical Sciences at Azad University of Tehran, and one of the defendants in the Haft Tappeh Sugar Company workers’ protests case is still in custody. She was arrested on Sunday, August 4, 2019, and transferred to Evin Prison.

Previously, Asal Mohammadi was arrested at her home in Tehran by security forces on December 4, 2018, and transferred to the Office of the Public and Revolutionary Prosecutor of Shush, and was released on a 500 million toman bail.