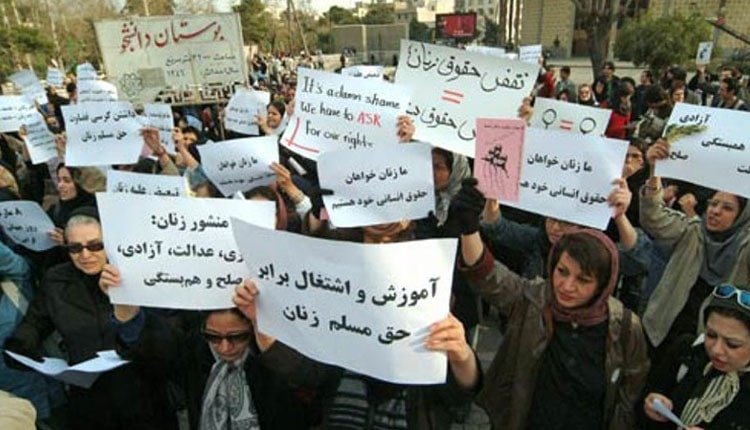 Unemployment is rampant everywhere in Iran and wages do not match market prices, but in Astara the wage gap between men and women is unbelievable. This situation is particularly harsh on educated women.

Astara is a city and capital of Astara County, Gilan Province, Iran. It lies on the border with Azerbaijan Republic and on the Caspian Sea. It is a relatively important border trade center between Iran and the Caucasus.

Recently, the educated women in Astara described their job and income status in an article published in the state-run Salamat News Website.

A teacher at a nonprofit school in Astara said the wages of all of her colleagues is the same, not just in schools, but in other jobs as well. If a woman in Astara earns one million tomans (approx. 300 USD) it would be considered her dream salary!

One of the reasons women have to work with such low salaries is because they do not want to stay at home or be isolated. Employment in this city is almost impossible because the departments do not have the capacity to recruit. Women have complained about their low wages many times but have gotten nowhere.

There is a beach market in Astara with many booths and shops run mainly by women. Some own booths and some are sellers.

One educated woman with a bachelor’s degree in information technology is a women’s clothing retailer who earns only 700 thousand tomans (approx. 210 USD) a month. In terms of her job she said, “If someone is a beginner, they only get between 400 – 500 thousand tomans. I work from 9 am to 10:30 pm every day. I don’t even go home for lunch. At first, I was getting 400 thousand tomans but my salary gradually increased to 700 thousand tomans. I have no holidays, it’s very hard. The market is even more crowded on weekends, and I have to come to work.”

Another educated woman works by the seaside market. She gets 600 thousand tomans a week. She said, “That’s how the wages here are. One should not expect more. We women have accepted these wages so much that it has become clear for us that it is what it is. Men will never accept such wages, that’s why they have higher salaries.”

Maryam Tousheh, a social activist with a bachelor’s degree in geography, says that many educated women in Astara are unemployed. Regarding the situation of women in the city she said, “Women have to lock themselves in the house and stay in the margins. Look around this park and see how masculine the space is! You can’t even see one woman here. Men are often able to travel to other cities to find jobs, but women don’t have that kind of opportunity.”

The situation of wages for women in Astara is deplorable. Some women work for little as 150 thousand tomans a month. There are people who teach employers ways to bypass women. For example, they want women to sign low-income contracts. Then they justify their actions in the department based on that contract and the protesting women have nothing to say.

Of course, women in Astara are not the only women in Iran who earn low wages and work in unequal conditions. Female vendors who have college education and are seen in subway coaches or city crossroads face the same inequality. These are educated women who want to use their expertise and education in the right place but are forgotten and their voices are nowhere to be heard. (The state-run Salamat News Website – August 17, 2019)

The mullahs’ regime announced in 2015 that the unemployment rate for educated women was 85.9 percent. (The state-run Mehr news agency, January 5, 2016) Given the economic downturn and rising unemployment in the country, one can only guess how much this figure has increased.

Maria Candida Almeida: You have shown women’s strength in leadership