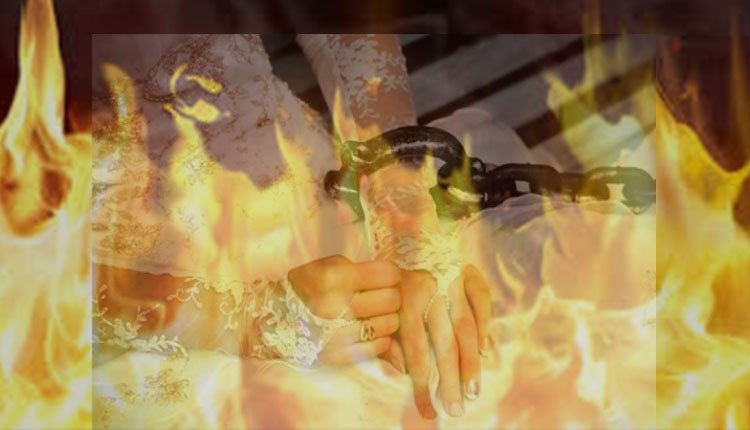 Women burn themselves to evade oppressive marriage laws in Iran

The suicides of a young woman and a mother of four in matter of a week have focused attentions on the misogynist marriage laws in Iran.

A 16-year-old young woman by the name of Ziba set herself on fire to evade her family’s insistence that she marries an old man.

The state-run Khorasan daily published a report on August 26, 2019, saying that the young woman was being forced into this marriage by her step mother. According to this report, many parts of Ziba’s face and body got burned, but she has been released from hospital.

In another shocking report from Dehloran, a married woman by the name of Mandana Hosseini, with four sons, set herself ablaze to protest her husband’s second marriage. She died after four days in a medical center in Ilam on August 19, 2019, due to the extent burns.

Based on the clerical regime’s oppressive marriage laws, men can have four wives. At the same time, they are authorized to divorce their wives without informing them.

The state-run daily Entekhab published a report in March 2019, citing Ali Kazemi, advisor to the legal deputy of the Judiciary Branch. According to Kazemi, “Between 5 to 600,000 children get married every year (in Iran) according to the officially-registered data. The main problem is that there are marriages taking place beyond those officially registered.” (The state-run daily Entekhab – March 4, 2019)

According to the marriage laws under the clerical regime, the legal age of marriage of girls is 13. Nevertheless, fathers are allowed to wed their daughters under this age, after obtaining the consent of a judge.  The plan to increase the minimum age of marriage was rejected by the mullahs’ parliament in January 2019.

In June, there were at least two reports on suicides of young women due to forcible marriage. Souma Khedri, 19, from Baneh, and Sara Esmaili, 17, from Piranshahr, committed suicide to evade forcible marriage due to lack of legal protection for women under the law.