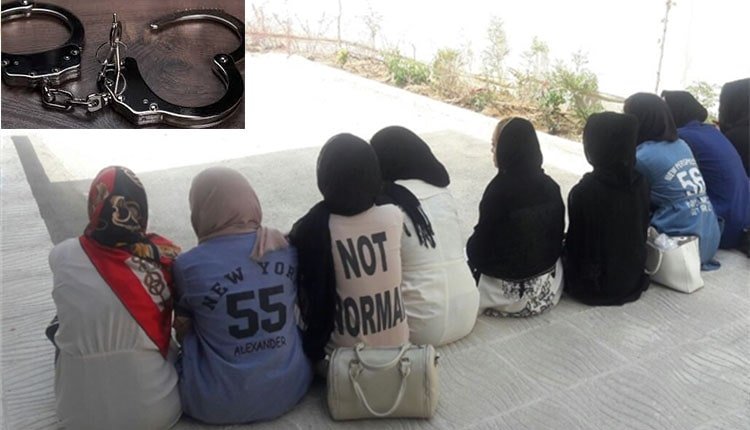 Ten young women arrested for participating in parties in Sari

Ten young women and 25 young men were arrested over two nights in Sari, capital of Mazandaran Province in northern Iran.

Also, on August 16, 2019, ten persons were arrested during a wedding ceremony in Jouybar. The hall where the ceremony had been held was also sealed. (The state-run ROKNA news agency – August 16, 2019)

On July 30, 2019, an official of the Islamic Revolutionary Guard Corps in Hamadan Province announced that they had arrested 20 women while “dismantling the assembly of a women’s network aimed at promoting a Western lifestyle.” Without mentioning the details of time, place and how the group was dismantled, the official stated, “the 20 detained women were dealt with.”

Ali Akbar Karimpour, the public relations officer for Hamadan’s Ansar-al Hossein Corps, told the state-run ISNA news agency that “Virtual and actual groups have networked to recruit women and girls in Hamadan to prepare them for special and anti-cultural events.” (The state-run ISNA News Agency – July 30, 2019)

These arrests are in line with the clerical regime’s policy of tightening repression in society to prevent social upheavals while it is struggling to deal with the paralyzing economic crisis, international isolation and growing discontent across the country.