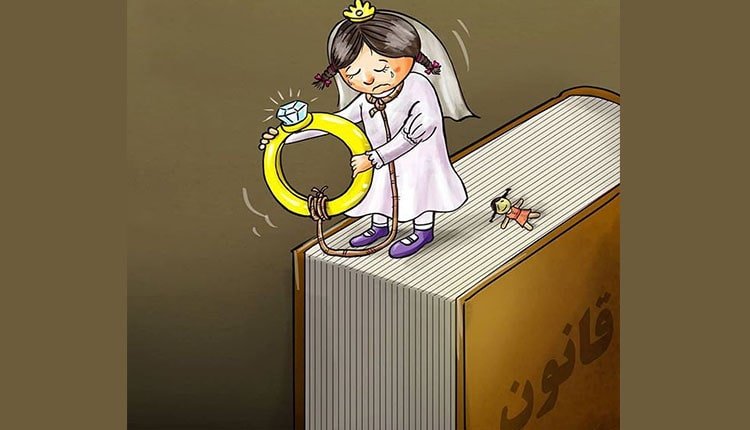 Common practice of early marriages in Iran is cause of concern

The general director of the Welfare Organization in Ardabil announced that early marriages have become common practice in that province. Behzad Sattari called for a solution to stop this trend.

Sattari brought up the common practice of early marriages in a meeting with the Governor of Khalkhal on September 4, 2019, where he said, “This phenomenon has horrible psychological and social consequences, and if this growing trend continues, the society will suffer harms in the future.”

On common practice of early marriages in the city of Khalkhal, another city in Ardabil Province, Sattari said, “Last year, from a total of 712 marriages in this city, 7 percent were from among young girls between 10 and 14.”

Physical and psychological harms caused by early marriages inflict irreparable blows on the lives of young girls, particularly pregnancies under 18 years, death of mothers during delivery, depression and occasional suicides. In addition, they lead to social harms like divorce, school drop outs, as well as cultural and economic poverty.

The state-run daily Entekhab published a report in March 2019, citing Ali Kazemi, advisor to the legal deputy of the Judiciary Branch. According to Kazemi, “Between 5 to 600,000 children get married every year (in Iran) according to the officially-registered data. The main problem is that there are marriages taking place beyond those officially registered.” (The state-run daily Entekhab – March 4, 2019)

A sociologist said, “Early marriages make slaves out of girl children. Not only they are subjugated by their husbands, but since they are children and cannot manage their own lives, their husbands’ families dominate them.” (The official IRNA news agency – September 4, 2019)