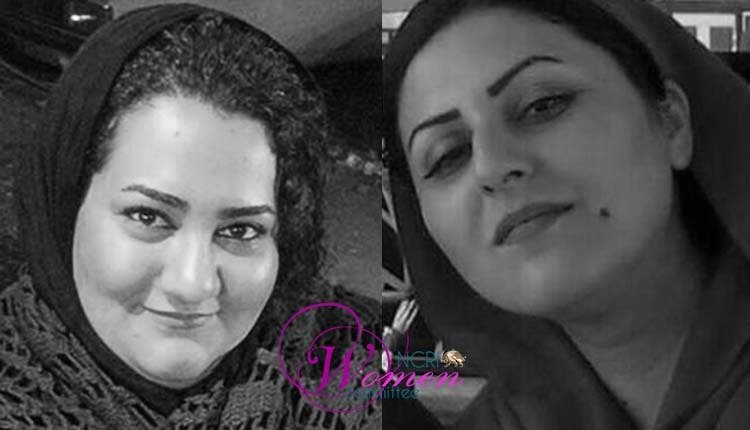 The prison sentences of 3 years and 7 months for Golrokh Ebrahimi Iraee and Atena Daemi were upheld at the revision stage.

On June 18, 2019, the Revolutionary Court of Tehran examined a new case filed against Golrokh Ebrahimi Iraee and Atena Daemi for their protest while in detention to the executions of three Kurdish dissidents. The court sentenced them to 1.5 years’ imprisonment for “propaganda against the state” and to 2 years and one-month imprisonment for “insulting the leader (i.e. Ali Khamenei).”

Amir Raissian, lawyer of Golrokh Ebrahimi Iraee, told the press on September 5, 2019, that the same verdict had been upheld in the revision stage without being examined by the Revision Court.

They have been sentenced to 1.5 years in prison on the charge of “propaganda against the state,” and to 2 years and 1 month for “insulting the leader (Ali Khamenei).” Golrokh Ebrahimi Iraee was released from prison in April after more than three years in jail.

Political prison Atena Daemi, a civil activist defending children’s rights, is currently detained in the women’s ward of Evin Prison. She was arrested on October 21, 2014.

Atena Daemi was sentenced to 14 years in prison on March 14, 2015, for her peaceful civil activities, on charges of “propaganda against the state”, “association and collusion against nationl security”, “insulting the leader”, and “hiding the evidence of crime.”  Atena Daemi was freed on February 15, 2016, after serving 16 months and her sentence was subsequently decreased to 7 years. But she was violently re-arrested on November 26, 2016, and taken to Evin Prison to serve her sentence.

Golrokh Ebrahimi Iraee was arrested by the Revolutionary Guards Corps (IRGC) Intelligence on September 6, 2014, along with her husband and two other activists. She served three months in the IRGC Intelligence Ward 2A in Evin and subsequently released on September 27, 2014, on an 80-million toman bail for her activities in the Facebook. Then, she was sentenced to 6 years’ imprisonment on charges of “insulting the sanctities” and “propaganda against the state.”

On October 24, 2016, her residence was stormed by security forces and she was taken to Evin Prison to serve her sentence. Her husband, Arash Sadeghi went on hunger strike in protest, and after 72 days, Golrokh Ebrahimi Iraee was released on January 3, 2017.

On January 22, 2017, Golrokh Ebrahimi Iraee was arrested again as she was leaving home and heading for hospital where her imprisoned husband was supposed to be examined.

Political prisoner Golrokh Ebrahimi Iraee was released from Evin Prison on April 8, 2019, after serving half of her sentence.

young woman sets herself ablaze outside a courthouse in Tehran