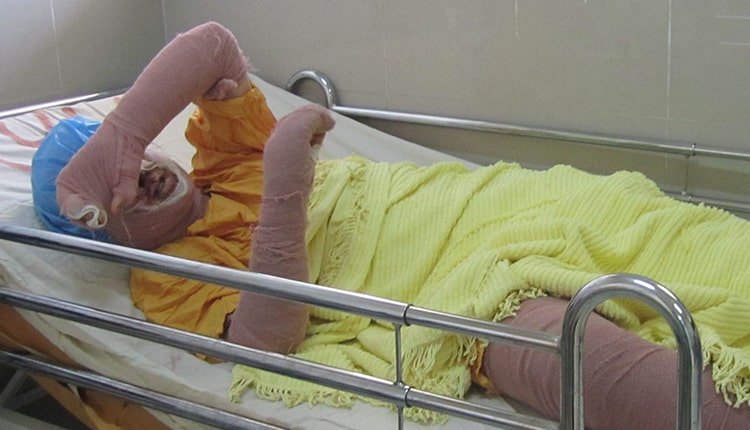 young woman sets herself ablaze outside a courthouse in Tehran

A young woman set herself on fire outside one of the branches of the Ministry of Justice in Tehran.

The state-run ROKNA news agency reported a young woman had set herself ablaze after she walked out of the courthouse on September 2, 2019. The 29-year-old woman has been identified as Sahar by some news outlets.

Having suffered severe third-degree burns in 90 percent of her body, she is presently hospitalized in Tehran’s Motahhari Hospital under intensive care.

The young woman had been arrested in March for attempting to enter Azadi Stadium. A judiciary official said she was charged with “insulting the public by defying the dress code for women,” and “insulting the law enforcement agents.”

The young woman’s sister told ROKNA, “Security forces noticed my sister as she was attempting to walk into the stadium. When she resisted, they arrested her.”

She pointed out , “After my sister was sent to (Qarchak) Prison in Varamin, she was badly terrified and hurt emotionally until being freed on bail. They she went to the courthouse to take back her cellphone. There, something happened and she overheard that she must stay in prison for six months. My sister set herself on fire and is now in hospital in dire conditions.”

This case is one of the latest consequences of unnecessary and illegal restrictions imposed on women in Iran.

Iran is the world’s only country which prevents women from entering sports stadiums to watch football, while officially there is no law substantiating it. Therefore, any arrest and detention of women for attempting to enter stadiums is considered arbitrary and illegal.

The clerical regime’s Judiciary and the State Security Force are therefore directly liable in the case of the young woman who set herself ablaze.

54 years in prison for three female labor activists in Iran