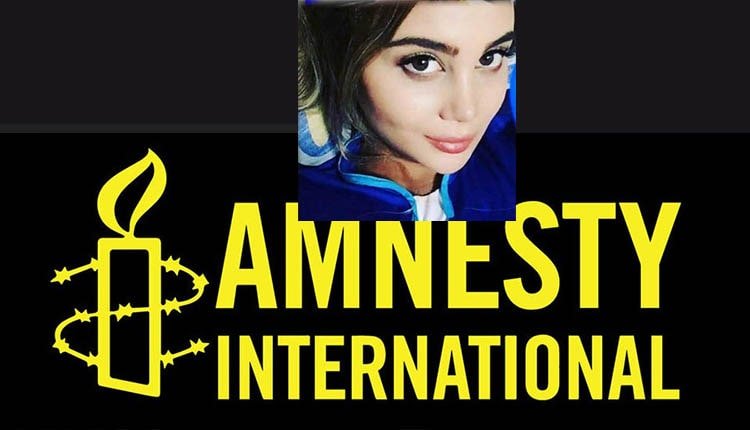 Widespread global outrage over the tragic death of Sahar Khodayari

The tragic death of Sahar Khodayari who self-immolated in protest to her six-month jail sentence for attempting to enter a sports stadium, has aroused widespread global outrage, and has been covered by the press and media around the world.It has once again focused global attention on the plight of Iranian women and violations of their rights in Iran.

The widespread global outrage included a statement by Amnesty International on September 12, 2019, in which AI wrote, “What happened to Sahar Khodayari is heart-breaking and exposes the impact of the Iranian authorities’ appalling contempt for women’s rights in the country. Her only ‘crime’ was being a woman in a country where women face discrimination that is entrenched in law and plays out in the most horrific ways imaginable in every area of their lives, even sports.”

Amnesty International also addressed the stadium ban on Iranian women, saying, “This discriminatory ban must end immediately and the international community, including football’s world governing body, FIFA, and the Asian Football Confederation, must take urgent action to end the ban and to ensure that women are allowed access to all sports stadiums without discrimination or risk of prosecution or punishment.”

It was reiterated in the statement, “Amnesty International believes that Sahar Khodayari would still be alive if it were not for this draconian ban and the subsequent trauma of her arrest, detention and prosecution for attempting to circumvent it. Her death must not be in vain. It must spur change in Iran if further tragedies are to be avoided in the future.”

The U.S. Department of State announced on September 12, 2019, “Death of blue girl, Sahar Khodayari, is another proof for the fact that the Iranian people are the greatest victims of the Islamic regime.”

On September 11, 2019, Reuters reported that following the self-immolation and death of Sahar Khodayari which led to widespread global outrage, authorities of the World Football Federation-FIFA are going to visit Iran.

In a statement issued on September 10, FIFA expressed its condolences and said it reiterated “our calls on the Iranian authorities to ensure the freedom and safety of any women engaged in this legitimate fight to end the stadium ban for women in Iran.”