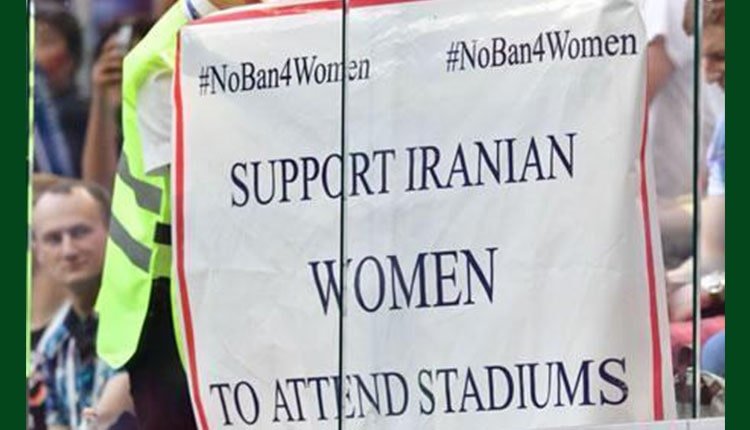 Chief of Tehran’s Police announced that his forces will arrest any female football fans if they go to Azadi Stadium to watch the derby on September 22, 2019.

Tehran’s Police Chief Hossein Rahimi added, “No woman or girl is allowed to enter Azadi Stadium to watch the derby held in the capital, and if they are seen, they will be arrested. Tickets are sold online, therefore, women and girls are not allowed to gather outside Azadi Stadium.” (The state-run ROKNA news agency – September 17, 2019)

The derby match between Persepolis and Esteghlal (two leading Iranian football teams based in Tehran) is going to be held on Sunday, September 22, 2019. However, female football fans will be deprived of watching their favorite teams playing in Azadi Stadium, due to the misogynistic policies of the clerical regime.

In a publicity stunt, Massoumeh Ebtekar, director of the presidential directorate for women and family affairs, said, “Women’s presence in stadiums is not a political issue and the government does not have any opposition to the presence of women in stadiums.”

Despite publicity efforts by Rouhani’s government for foreign consumption, the Iranian regime is absolutely not able to let up on restrictions imposed on Iranian women and female athletes, since any retreats in this regard will be ensued by further retreats undermining the regime’s repressive rule. This is why Iranian officials issue such warnings and overlooking the deadline set by FIFA.

Sahar Khodayari, one of the female football fans known as the “blue girl,” died in hospital on September 9, 2019, one week after she set herself ablaze outside a courthouse in Tehran in protest to a six-month jail sentence for her attempt to enter Azadi Stadium.

The Women’s Committee of the National Council of Resistance of Iran issued a statement on September 10, 2019, calling for action against the clerical regime’s misogynistic policies which have taken great toll on Iranian women.