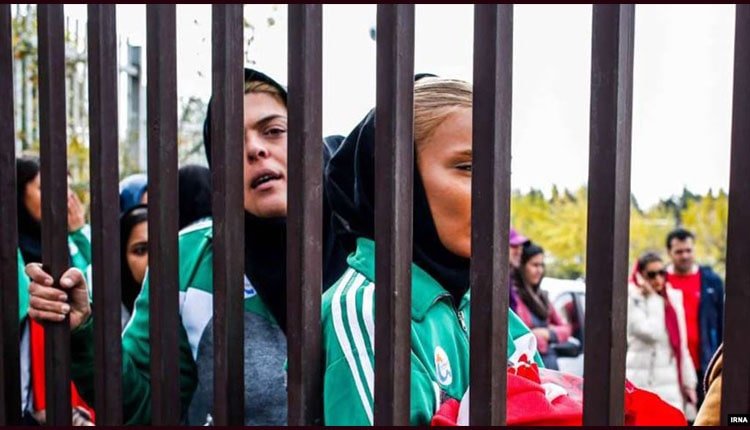 In a surprising stance, FIFA president announced on September 22, 2019, that Iranian officials have given him assurances that women would be able to attend World Cup qualifier in Tehran in October!

FIFA president, Gianni Infantino, stated, “We have been assured, that as of the next international game of Iran, women will be allowed to enter football stadiums… This is something very important, it is 40 years that this has not happened, with a couple of exceptions, but it is important to move to the next level and to the next stage.”

Critics say in light of recent developments and official reactions in Iran to FIFA’s deadline, Infantino’s remarks could be considered naïve, at best.

Young football fan, Sahar Khodayari, died in hospital on September 9, 2019, one week after she self-immolated outside a courthouse in Tehran in protest to the six-month jail sentence issued for her just for trying to enter the Azadi stadium to watch her favorite team.

Sahar’s death sparked widespread outrage in Iran and throughout the world. Nevertheless, Tehran’s Police Chief just recently warned that no woman would be allowed to watch Tehran’s derby on Sunday, September 22, 2019, and any woman who attempts to do so would be arrested. (The state-run ROKNA news agency – September 17, 2019)

The IRGC Intelligence forces arrested several young women on August 12, 2019, who had circumvented Iran’s ban on women in stadiums by entering a stadium disguised as men to watch a football match.

Mehdi Taj, president of the Iranian Football Federation, also recently announced, “The structure of our stadiums are not suitable for the attendance of women. By the way, this issue is presently not top priority for women and our society.” (The state-run Mehr news agency – September 19, 2019)

Nasser Makarem Shirazi, one of the regime’s religious authorities who reflects the views of the mullahs’ supreme leader, has repeatedly announced that the issue of women’s entrance to sports stadiums has been removed from the agenda of the Supreme Council of Cultural Revolution and any further discussion on it is deviatory. (The state-run ISNA news agency – November 28, 2017)

He also recently stressed that women could follow the games from the media and their presence was unnecessary. (The state-run Aftab News Agency – August 5, 2019)

The public opinion in Iran are appalled by the remarks made by the president of FIFA. Iranian women cannot understand FIFA’s position since they are paying the price of struggling for their right to enter stadiums more and more every day by being widely arrested, brutalized, jailed and finally in the case of Sahar, with their lives. But the World Football Federation gets easily persuaded by statements of Rouhani’s officials who seek to buy time and fend off further international pressure by such publicity stunts. Rouhani has time and again confessed that his government has not power to implement their promises.

Coinciding with the remarks by FIFA President, football fans in Iran sang a song saying, “Sahar, we will always remember you,” before Tehran’s derby at Azadi Stadium on Sunday, September 22, 2019. In this way, they expressed solidarity with Iranian women who seek to enjoy their natural right to attend sports stadiums and watch their favorite teams.