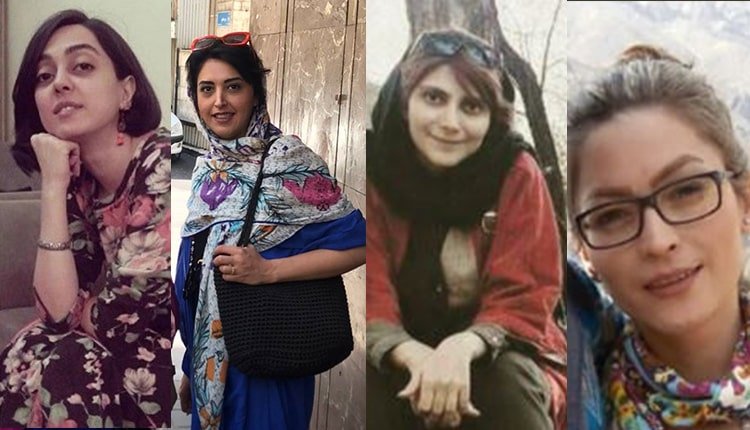 These student and labor activists are Sanaz Allahyari, Asal Mohammadi, Marzieh Amiri, and Neda Naji, presently incarcerated in Evin Prison. In part of the letter sent out of prison in September 2019, they wrote, “We believed the workers’ legitimate demands are our own, and supported them.”

They also wrote about the pressures imposed on student and labor activists: “Branch 28 of the Revolutionary Court issued heavy sentences of 10.5 to 18 years of imprisonment for them based on recommendations of intelligence officials overseeing the case, without paying the slightest attention to the defendants and their lawyers’ defense. In examining the cases, they discriminate against labor and civil activists, to disappoint the defendant of any justice and to force them gamble on their lives.”

Sanaz Allahyari and her husband, Amir Hossein Mohammadifard, are journalists and members of the editorial board of GAM internet magazine, who were arrested in January 2019. GAM wrote about social issues, including the rights of workers.

Neda Naji is another labor activist arrested on the International Labor Day in Tehran.

Marzieh Amiri, a student and labor activist, wrote about Sharq newspaper. And Asal Mohammadi was arrested in the protests of sugarcane workers of Haft Tappeh factory.

In a related development, the office of Branch 26 of the Revolutionary Court of Tehran called the bail depositor for labor activist Nahid Khodajoo, giving him the message that she should report to this branch.

This method of summoning is illegal even according to the clerical regime’s legal procedures, and the court must contact the accused person directly. This is the second time that the Revolutionary Court of Tehran is summoning Nahid Khodajoo in this manner to impose psychological pressure on her.