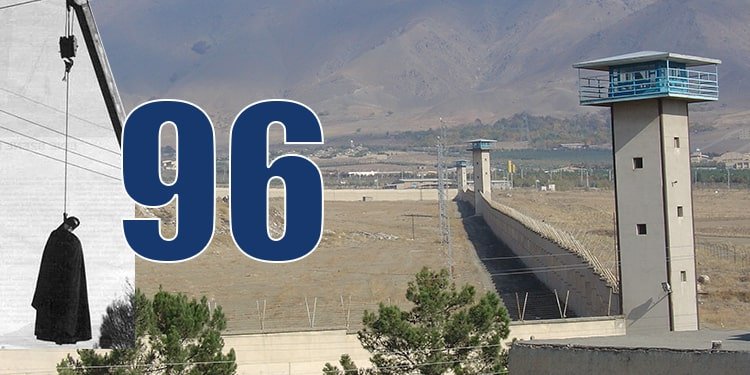 An unidentified woman was hanged along with seven male prisoners on Wednesday, September 25, 2019, in Karaj in Gohardasht Prison (Rajaii Shahr).

The clerical regime has executed at least 12 prisoners including two women on September 24 and 25, 2019. The news of these executions has not been announced by any of the state media in Iran.

The unidentified woman hanged with seven men on September 25, 2019, in Gohardasht Prison was accused of deliberately murdering her husband. An eye-witness said she had been taken for implementation of her death verdict to Gohardasht from either Shahr-e Ray (Qarchak) or Kachouii Prison. The woman has not been identified yet as this news is being posted.

As a consequence of the clerical regime’s failure to categorize murders according to their degrees, anyone committing murder is sentenced to death, regardless of their motives. Many of the women convicted of murder in Iran are themselves victims of domestic violence against women and have committed murder in self-defense.

Taking into account the execution that took place on September 25, the number of women executed during Rouhani’s tenure reaches 96. Eight of these women have been hanged in a period of slightly over three months. One of these women was Leila Zarafshan who was executed on Thursday, September 26, 2019, in the Central Prison of Sanandaj.

The Iranian regime is the world’s top record holder of per capita executions. At least 3800 persons have been executed during Rouhani’s terms in office. The clerical regime deploys the death penalty as a tool for maintaining its grab on power and for silencing a disgruntled populace the majority of whom live under the poverty line. The number and pace of executions has increased over the past month.

FIFA President should stand on the side of Iranian women