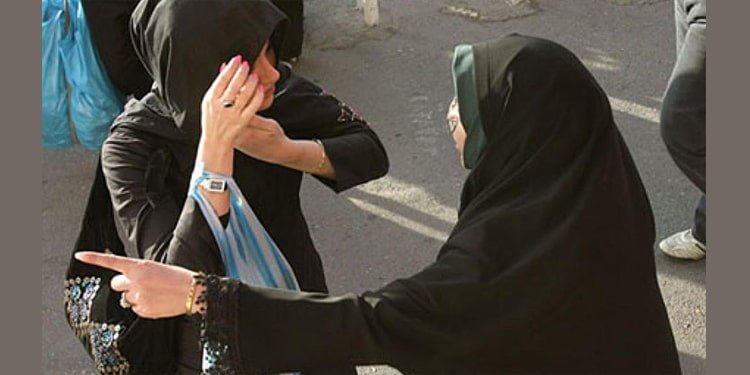 Suppression of women, 50 lashes for participants in a Yoga class

In line with stepping up general repression in society to rein in growing social discontent and anti-government protests against rampant economic and political crises, the clerical regime in Iran has stepped up suppression of women significantly. The State Security Force justifies suppression of women under various pretexts including removal of their veil, failing to observe proper veiling at work, and participating in mixed-gender classes.

Iranian state media reported that the Criminal Court of Gorgan issued flogging sentences for 20 people, including eight women, for attending a private mixed-gender yoga class. The participants in this class were arrested in June on charges of “acting against chastity” and are going to receive 50 lashes, each. (The state-run ROKNA news agency – September 30, 2019)

Massoudi Farid, a deputy to the national welfare organization, also announced that if they receive any report on kindergartens’ having mixed-gender pools for preschool children, the kindergarten would be rapidly dealt with and prosecuted. (The state-run Fars news agency – September 28, 2019)

In another development, Abbas Shahi, Chief of Police in the Province of Alborz, announced that his forces had warned 144 clothing stores against sealing and verbally warned another 137 businesses and shops. (The state-run ROKNA news agency – September 28, 2019)

In another plan for suppression of women, Abdollah Hassani, commander of the State Security Force of Semnan, explained that dealing with women who are improperly veiled is carried out in three stages. The first stage is giving verbal warning, the second stage is obtaining written commitments, and the third stage involves filing legal cases against the accused. Hassani said the first stage of the plan has been enforced with the help of 1,100 plainclothes agents who have so far dealt with 4,200 offenders across the province. (The state-run ISNA news agency – October 2, 2019)

Hundreds including women, children infected with HIV in Chenar Mahmoudi