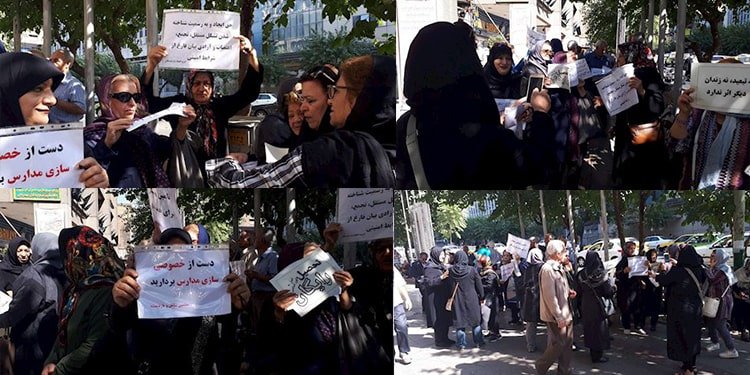 Teachers and educators in Tehran, angry villagers take to the streets

Tehran saw extensive protests by Iranian teachers and educators on the World Teachers’ Day, Saturday, October 5, 2019. Most of the protesters were women. At the same time, the angry residents of Chenar Mahmoudi village and Lordegan county also took to the streets and engaged in clashes with the State Security forces who tried to quell them.

Iranian teachers and educators gathered outside the Department of Education in Tehran to demand their rights. Women teachers and educators held up flyers which read, “A teacher’s place is not in prison”, “poverty line= 7 million (tomans), a teacher’s salary= 2 million (tomans)”, “stop privatization of schools”, and “adequate housing for pensioners.”

The angry residents of Chenar Mahmoudi village in Lordegan county also held a protest gathering outside the Department of Health and Medical Care in Lordegan on Saturday, October 5, 2019. Lordegan’s youths also blocked the Lordegan-Khuzestan road. 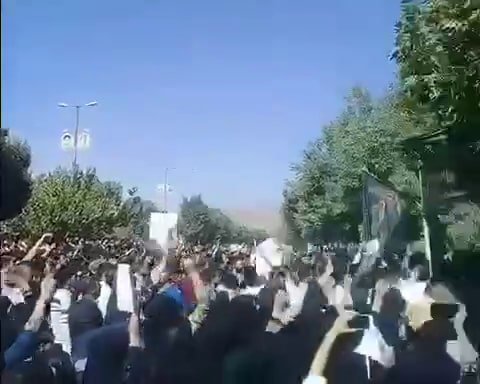 The clashes and protests come in the wake of infection of more than 300 of the village residents with HIV/AIDS virus, including women, children and even infants. It is said that agents of the House of Health used the same disposable syringe multiple times while taking diabetes test from the residents, causing spread of this virus.

On previous days, teachers and educators held protests outside the departments of education in their cities on Thursday, October 3, 2019, in Isfahan and Tabriz to demand their unpaid salaries. Security forces in Tabriz tried to prevent the spread of this protest.

On Monday, September 30, 2019, a number of Literacy Movement teachers held a protest outside the Department of Education of Lorestan Province because they had been told that their services are no longer needed.

On Tuesday, October 1, 2019, the defrauded clients of the IRGC-backed fraudulent Caspian Financial Institute in Mashhad held a protest outside the company’s 14th Branch to demand their plundered assets.