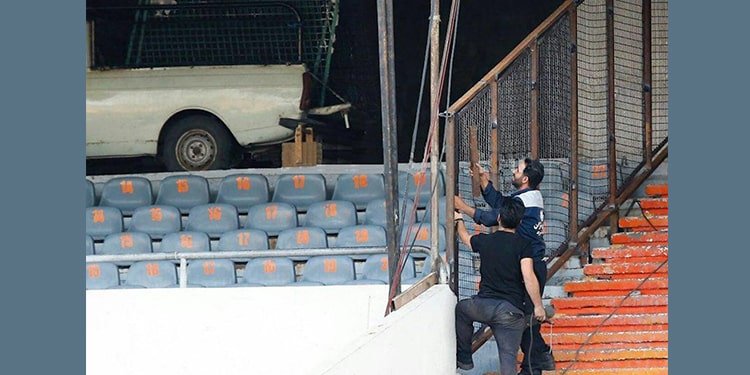 After restriction of sale of tickets to only 4,000 women, it is time now to put fences for the women’s section.

The Ministry of Sports considered 4,000 seats for women. Now, the platforms where women are going to sit are being fenced off. (The state-run Rouydad24.com – October 8, 2019) Earlier, the European Football Union declared that it had recommended its member clubs and teams to not play with teams from countries which prevent women from having complete access to stadiums to watch the games. (The official IRNA news agency – September 25, 2019)

Amnesty International issued a statement on October 9, 2019, urging Iranian authorities to lift all restrictions on women attending matches in all football stadiums.

AI wrote, “Iran’s decision to allow a token number of women into the stadium for tomorrow’s football match is a cynical publicity stunt by the authorities intended to whitewash their image following the global outcry over Sahar Khodayri’s tragic death.”

“Anything short of a full reversal of the ban on women accessing all football stadiums is an insult to Sahar Khodayari’s memory and an affront to the rights of all the women of Iran who have been courageously campaigning for the ban to be lifted,” AI added.

Amnesty International called on the World Football Federation (FIFA) to make sure that Iranian women are permitted to attend all matches.