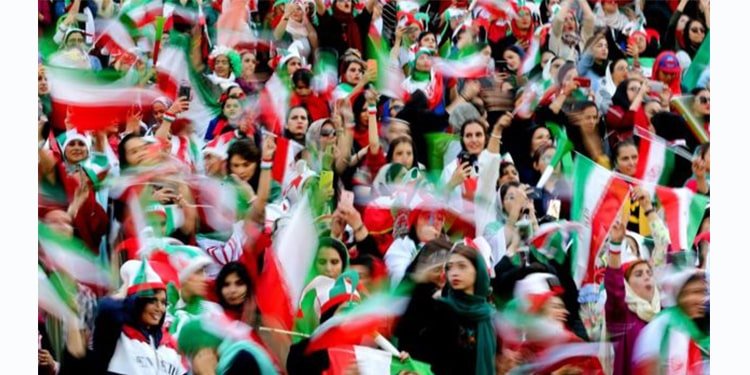 Exactly one month after Sahar Khodayari lost her life, limited numbers of Iranian women allowed into Tehran’s Azadi Stadium on Thursday, October 10, 2019, were shouting, “Blue girl, wishing you were here!”

In this way, Iranian women showed that they owe their presence in Azadi stadium to the young woman, Sahar Khodayari dubbed as Blue Girl, who set herself ablaze in September to protest the harsh punishment handed down to her for attempting to circumvent the official ban on women’s presence in football and sports stadiums.

At the end of the 2022 World Cup qualifier soccer match between Iran and Cambodia, members of the Iranian national team walked towards the fenced off and isolated women’s section in Azadi Stadium to pay respects to the female football fans as a show of solidarity to lift the stadium ban on Iranian women.

This was the first time in 40 years, Iranian women were able to enter a stadium by buying their own tickets to watch a men’s soccer match. 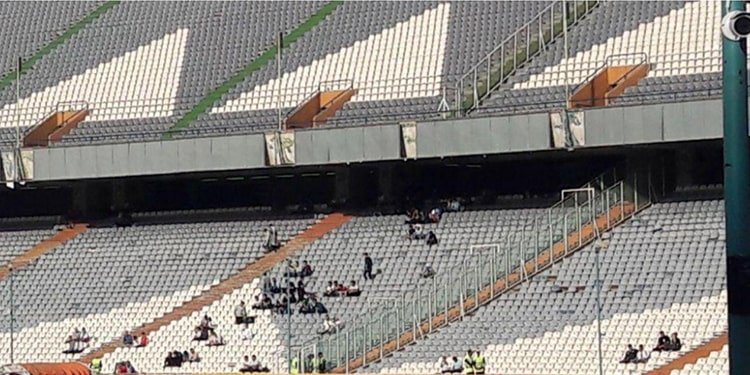 After tickets went on sale, they were “sold out in minutes.” Women quickly bought all the 3,500 tickets offered to them out of a stadium capacity of 100,000 seats. That made for a strange scene, with the one corner of the stands reserved for women packed to capacity, while the rest of the arena remained largely empty.

Despite the demand — and the size of the stadium, which remained largely empty — Iranian officials made little effort to increase the allotment for women.

A closed circuit camera also kept all their movements under tight control. Couples were separated, and women were bused to the stands to prevent them from going to other places around the stadium.

Admission of a limited number of women to Azadi Stadium has been considered as a hollow publicity stunt by the Iranian regime, unless it declares that women would be allowed to attend all future matches in all stadiums, and lifting all the discriminatory restrictions on women’s entrance to stadiums.