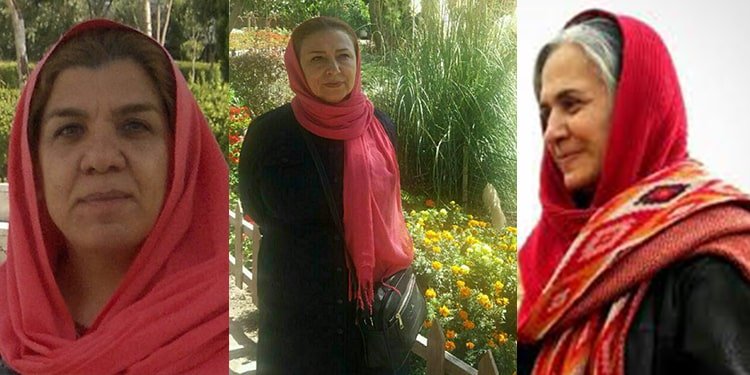 Labor activist Nahid Khodajoo has been sentenced to 6 years’ imprisonment and 74 lashes. Also, the Revision Court of Tehran has upheld one-year sentences for labor activists Parvin Mohammadi and Haleh Safarzadeh.

Nahid Khodajoo is a member of the board of directors of Free Union of Iranian Workers. She was arrested along with 40 others during the protest gathering on the International Labor Day in front of the parliament in Tehran and transferred to ward 209 of Evin Prison.

On October 10, the Revolutionary Court of Tehran sentenced Nahid Khodajoo to 6 years in prison, 74 lashes, hand copying of two books, and a two-year ban from membership in any political or social parties or groups.

In another related development, three Baha’i women in Abadan and Ahvaz were received one-year jail sentences for their faith. Neda Sabeti, Forough Farzaneh and Noushin Afshar were tried by the Revolutionary Court of Abadan and charged with “propaganda against the state.”

Additionally, on October 12, 2019, Soha Mortezaii held a solo protest sit-in outside the Central Library of Tehran University to protest being deprived of continuing her education for a Ph.D. and the failure of Sciences Ministry, Tehran University officials and the Student Evaluation Organization to pursue her case.

Soha Mortezaii holds a Master of Science in Humanities and was the former secretary of the students Central Council of Tehran University. Soha Mortezaii was arrested during the protests in January 2018 and sentenced to six years in prison. She was also banned from membership in any political or social groups or parties for two years.

On September 19, 2019, the European Parliament adopted a resolution condemning “in the strongest terms the ongoing repression of women” in Iran and called on Tehran to immediately and unconditionally release women’s rights advocates imprisoned for exercising their right to freedom of expression, association and peaceful assembly.

The Iranian Judiciary, however, has continued to issue heavy sentences for female activists, level new charges against those already serving their prison sentences, and put various other forms of pressure on political prisoners and activists, without letting up.

Female couriers are product of feminization of poverty in Iran