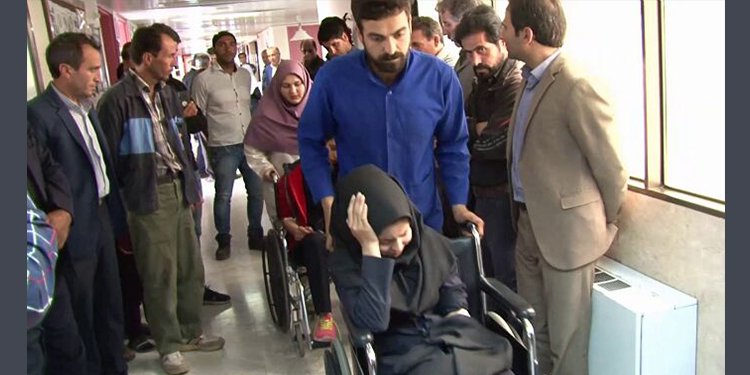 22 school girls were poisoned and hospitalized after inhaling carbon monoxide gas in their classrooms in a school in Kargan Jadid village of Bostanabad, in East Azerbaijan Province.

The heating system of Asiyeh girls’ school in Kargan Jadid Village started mal-functioning, leaking off carbon monoxide and poisoning the students, according to a report by the official IRNA news agency on Wednesday, October 16, 2019. The 22 school girls were taken to Bostanabad hospital by the Red Crescent emergency ambulances and other vehicles.

Amir Hooshangi, director of the Education Department in Bostanabad, announced, “The students will be transferred to another school until the problems in this educational unit are resolved.” (The official IRNA news agency – October 16, 2019)

Iranian girl children are victims of non-standard systems and deficient school infrastructures, unsafe transportation, and irresponsible approach by the authorities. School children have been repeatedly poisoned due to unsafe and deficient heating systems.

In February 2018, Supervisor for Emergencies, Pir-Hossein Kolivand, announced that 23 high school girls in Mashhad had also been poisoned by carbon monoxide when the chimney of the classroom’s heater was blocked, giving off carbon monoxide into the classroom. (The state-run ROKNA news agency- January 21, 2018)

In December 2012, one of the most tragic incidents happened in an elementary girls’ school in Shinabad village, a subsidiary of Piranshahr in West Azerbaijan Province. One of the classes caught fire where 37 girls got burned. Two of them died, and the rest suffered serious injuries for the rest of their lives. The government took no practical measures, failing to offer proper support for the treatment of the girls.