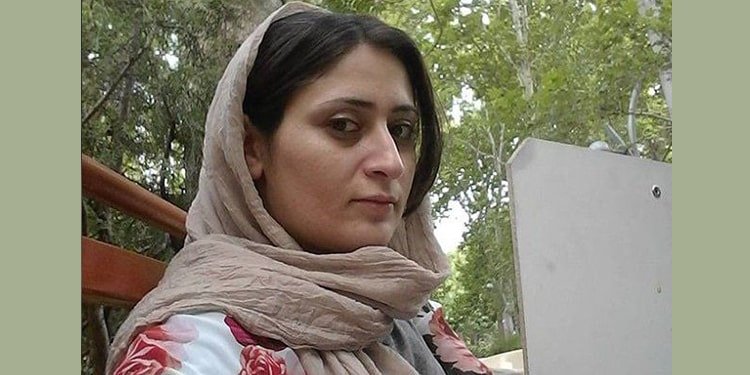 Atefeh Rangriz, a graduate student of sociology and a labor activist, started a hunger strike in the notorious Qarchak Prison of Varamin on October 16, 2019, to protest her unjust treatment in prison.

Atefeh Rangriz has been sentenced to 11 years and six months in prison and 74 lashes. On the first day of her hunger strike, she sent an open letter out of prison, parts of which follow:

I was arrested on May 1, 2019, during the International Labor Day gathering. After four days, I could be freed on a 30-million-toman bail, but my release was prevented.

For 28 days, I was being transferred back and forth between Qarchak and Evin prisons and interrogated. Although I had repeatedly told them in my answers that my activities had been completely legal, and I could not understand any of their questions, I finally faced charges which were utterly fake and fabricated…

I have repeatedly objected to the illegal proceeding of my case, including the rejection of my bail bond, and the authorities’ failure to observe the principle of separation of prisoners’ categories. I have also protested in various ways the handing down of unfair sentences. This is a summary of the unlawful situation I have been through over the past 5 months and 13 days. Outside the prison, my family did not receive any response for their inquiries, neither did I from inside…

Therefore, I have made a weapon from my body to stand up to the injustices we have and continue to experience. I hereby announce that I am going on hunger strike to protest the five times illegal rejections of my bail bond, and also to protest the unfair sentences and my illegal detention in Qarchak Prison.

I know it all too well that my life is not worth protecting for those who are playing with it. I have decided to endure this suffering to break the suffocating silence that is effectively killing our civil society and our righteous cries.

Hence, I conclude this letter with two words that have echoed throughout the history of oppressed people, “Either death or freedom.”