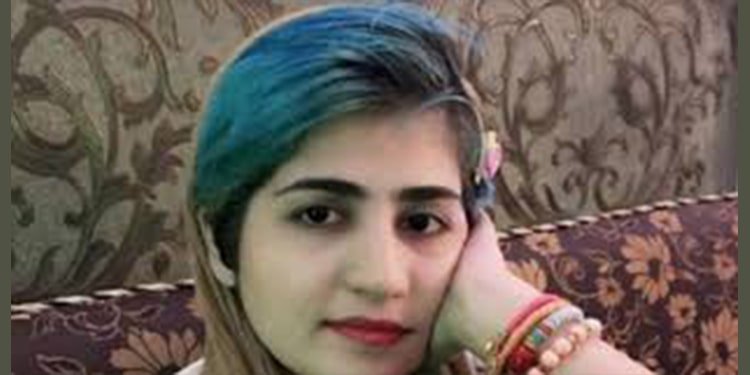 Political prisoner Sepideh Qolian went on hunger strike on Sunday, October 20, 2019, to protest increasing pressure brought on her family and relatives by intelligence organs. Her protest is also to the authorities’ mistreatment of inmates in Qarchak Prison. She is demanding that a delegation from the Judiciary visit Qarchak to look into the abysmal conditions of inmates in this prison.

Sepideh Qolian had reportedly clashed on Sunday with prison guards during the transfer of one of the prisoners to solitary confinement. She was taken to solitary for a few hours and subsequently returned to the general ward.

Prison authorities have threatened Ms. Qolian to level new charges against her. The reason, writing slogans on prison walls and quarreling with prison guards over the horrible quality of food which is full of insects.

Civil rights activist Sepideh Qolian was arrested during the protests by workers of Haft Tappeh Sugarcane Factory last winter. She was later sentenced to 18 years in prison.

Her sister, Samaneh Qolian was arrested and detained on October 21, 2019, in Ahvaz, only a day after Sepideh went on hunger strike. Samaneh was released after one day of interrogations. In another development, political prisoner Atefeh Rangriz ended her hunger strike in Qarchak Prison on Wednesday, October 23, 2019, after eight days. Prison authorities agreed to meet one of her demands halving her bail bond so that her family could afford to pay.

Atefeh Rangriz is a master’s student of sociology and a labor activist arrested during the Labor Day protest in Tehran on May 1, 2019.

Also on Tuesday, October 22, 2019, students of Tehran University held a protest gathering declaring support for Soha Mortezaii, who has been holding a solo sit-in for ten days in front of the university’s library. Soha Mortezaii was arrested in January 2018 during the nationwide uprisings in Iran. She is demanding that the ban on continuing her education for a Ph.D. be lifted.

Child laborers in Iran, the hungriest, the most oppressed