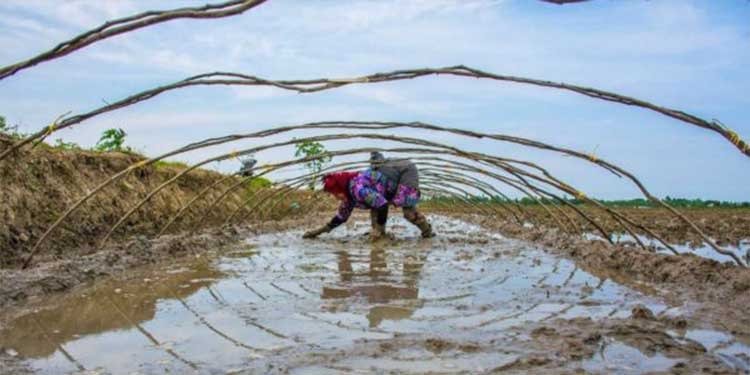 Qassem Sukhtesaraii, director of the Agricultural Organization in Golestan Province, told the state-run ILNA news agency, “Iranian women farmers are paid less than men; they work without insurance and are not granted loans. Women farmers make up 11% of the agricultural sector. Women working for daily wages face more problems. They struggle to receive their wages and insurance fees. Women farmers are paid less than men. On the average, whether they work in paddy fields, or in vegetable and fruit gardens, their wages are 60% of men’s.” (The state-run ILNA news agency- October 22, 2019)

According to a report published in Business Season (Fasl-e-Tejarat), a female fruit-picker with an average wage of 41,988 tomans ($3.65) is considered earning the highest wage for women in the agricultural sector. A man who shovels the land earns an average of 77,043 tomans ($6.7) which is considered the highest wage for men. So, a woman earns at least 35,000 tomans ($3) less every day which is 46% lesser than the wage of men. 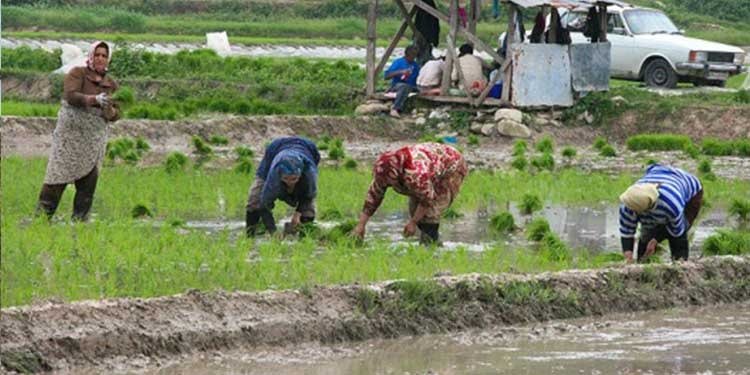 Iranian women farmers are covered by rural insurance only when they are sponsored by their husbands; they are not insured independently. One of the problems rural women face is finding a guarantor to put down deposits for them to receive a loan.

Farming is hard work. Women working in paddy fields have to stay in the water and on wet lands for long hours to cultivate and harvest rice. They rapidly get old and the government does not give any form of support to these women.