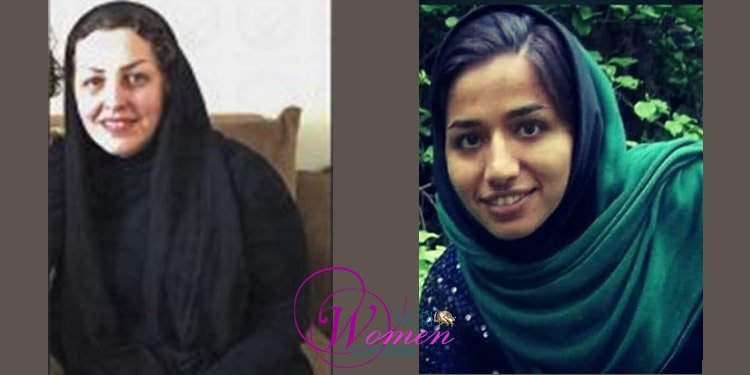 Civil rights activist Hadiss Sabouri was arrested in court and taken to the Women’s Ward of Evin Prison.

Hadiss Sabouri, 40 and mother of a 17-year-old son, reported in to the 2nd interrogations branch of the Prosecutor’s Office of Evin Prison on Saturday, November 2, 2019, upon receiving a warrant last week. There, she was informed of her charges including “assembly and collusion against national security” and “dissemination of false information,” and subsequently apprehended and taken to the Women’s ward of Evin Prison.

Haddis Sabouri had been arrested in August 2018 during the protests against high prices in Tehran. She was detained in Qarchak Prison of Varamin but later released on bail.

Ms. Sabouri was subsequently tried where she received a two-year suspended prison sentence by the Revolutionary Court of Tehran.

In another development, civil activist Zahra Mohammadi has been held in detention for five months. She remains in jail despite her family’s depositing of 700 million tomans of bail bond for her temporary release. The Interrogations Court of Sanandaj, however, prevents acceptance of the bail amount.

Zahra Mohammadi has been in detention since May 23, 2019. She has been under tremendous pressure during her interrogations to make forced confessions. On September 18, 2019, Ms. Mohammadi was secretly taken for trial without informing her lawyer or family. Upon finding out, her family and lawyer objected this trial and the trial was eventually postponed to September 25.

Zahra Mohammadi, 28, is a member of Nojin Cultural Association which is active in protection of the environment in Kurdistan. She holds an M.S. degree in geopolitics from the University of Birjand, capital of south Khorasan Province.

The clerical regime continues to pressure civil and human rights activists in a bid to contain growing protests by a disgruntled populace who are fed with poverty and hunger.