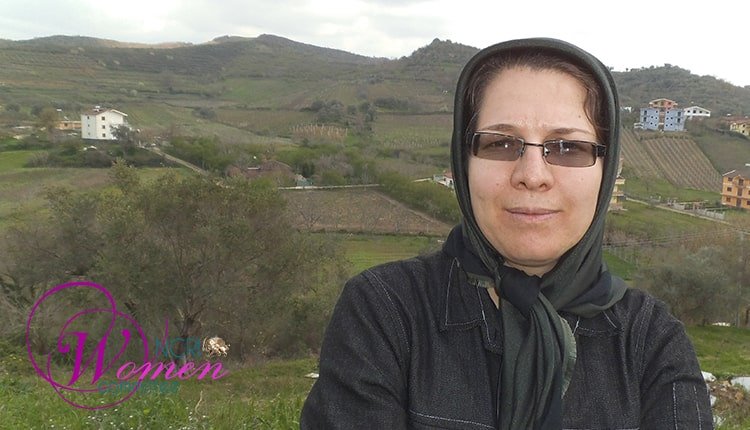 These days, uprisings and demonstrations are prevalent in Iran. As a teacher, it makes me truly proud to see Iranians, particularly my colleagues, those brave teachers, to have taken to the streets.  I salute their courage and wish them victory and persistence, says Massoumeh Hassani, a freedom-fighter and a member of the Iranian Resistance.

I was born in 1982 in Sabzevar, a historical city in north-eastern part of Iran. I was an English teacher before joining the Iranian Resistance. I began teaching at the age of 20 and from 2002 to 2006, I taught at various schools in Sabzevar.

Ever since childhood, becoming an English teacher had always been my dream.  My favorite teacher, who taught English, had noticed my interest and discovered my talent.  She encouraged me to follow my dream.

Years later, I entered University and majored in English.

I graduated from the Teachers’ College of Mashhad in 2002. Then I started teaching while simultaneously studying at the Azad University of Mashhad from 2003 to 2005 when I received my Bachelor’s degree.

I worked as an English teacher for five years at girls’ middle schools, having taught more than 120 students between 12 and 15 years old.

I remember once, one of my students asked me if I supported Khamenei, to which I frankly replied, “no.”  A smile brightened up her face and she asked me if she had the permission to tell a few jokes about Khamenei.  We enjoyed our time and laughed a lot that day.  At the end of class, she asked me to promise not to tell anyone about what had happened in class today and I reassured her I will not.

Massoumeh Hassani continues by telling how she made contact with the People’s Mojahedin Organization of Iran (PMOI/MEK), the main opposition to the ruling regime in Iran:

In 2003 when Ashraf was bombed, I began communicating with the PMOI/MEK via email first through one of their supporters and then directly with the organization.  I wanted to find out more about their situation and to know if they were well because I was really worried about them.  This was the beginning of a relationship which helped me improve my understanding of them and gain insight about their goals and plans.

This relationship, however, was discovered by the Ministry of Intelligence after three years in 2006 because, my friend, with whom I shared an email, was arrested and therefore I was summoned for further investigations. They interrogated me in one of the offices of the Department of Intelligence in Mashhad where they questioned me about my emails and told me that they were aware of everything. But I denied everything because I knew that even when presented by facts and supporting documents regarding my co-operation with the PMOI/MEK, I should never admit to my enemy hence I dismissed them as mere accusations.  Despite all, I was banned from teaching and working or taking part in any kind of civil activity.

Massoumeh Hassani goes on to explain how and why she chose to join the Resistance:

Ever since this experience with the regime’s oppressive agents, my years of hard work and effort to have finally achieved my dream of becoming an English teacher and having decided to continue my education at a master’s level, suddenly lost their appeal to me; I no longer wanted to pursue my dream and career plans.

I began to think and consider joining the Resistance and made a firm and serious decision to go to Ashraf.

It felt as if a flame had lit up in my heart and nobody could put it out. With this decision, I stepped onto a different path and finally on February 20, 2007, I reached Ashraf to become a member of the Iranian Resistance.

Nowadays, when I see the uprisings in Mashhad and the province of Khorasan, I have no doubt that some of my students are on the streets, the ones who did not want Khamenei and to whom I had committed to keep their secrets, those who have the potential and are the force for changing the regime in Iran.