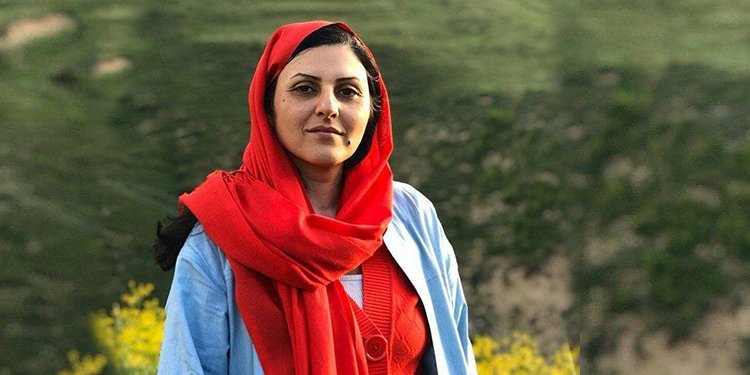 Security forces transferred Golrokh Ebrahimi Iraee to the notorious Qarchak Prison after she spent a day under interrogation in Vozara detention center in Tehran.

On Monday, November 11, 2019, Ms. Iraee was taken back home where security agents ransacked her apartment, confiscating her personal belongings. Then she was driven to Qarchak Prison in a vehicle mounted with a prisoner’s cage.

Golrokh Ebrahimi Iraee had been apprehended at home on Saturday, November 9, 2019, by 10 male security agents who did not show their arrest warrant. They took her away to Vozara Detention Center in downtown Tehran. Ms. Iraee was incarcerated in Vozara Detention Center for Sunday. Now, she has been taken to Qarchak Prison where she is presently being held in the Salamat Ward. Ms. Iraee went on hunger strike for 81 days and risked her life the last time she was exiled to Qarchak in violation of the principle of separation of prisoners’ categories. She succeeded in getting her demand and was returned to Evin Prison.

Ms. Iraee was released on bail from Evin Prison on April 8, 2019, after serving half of the six-year sentence she had been serving since 2016.

Tehran’s Revolutionary Court examined a new case filed against Golrokh Ebrahimi Iraee and Atena Daemi on June 18, 2019, sentencing them to three years and seven months for protesting while in detention, the unfair executions of three Kurdish dissidents.

On September 5, 2019, Ms. Iraee’s lawyer announced that the verdict had been upheld by the revision court.

Ms. Iraee’s husband, Arash Sadeghi, is presently incarcerated in Gohardasht (a.k.a. Rajaiishahr) Prison in poor health. He is serving a 19-year sentence for his peaceful activities. He suffers from bone cancer (chondrosarcoma) and underwent an operation last year, but was returned to prison before completing his chemotherapy and other essential treatment.