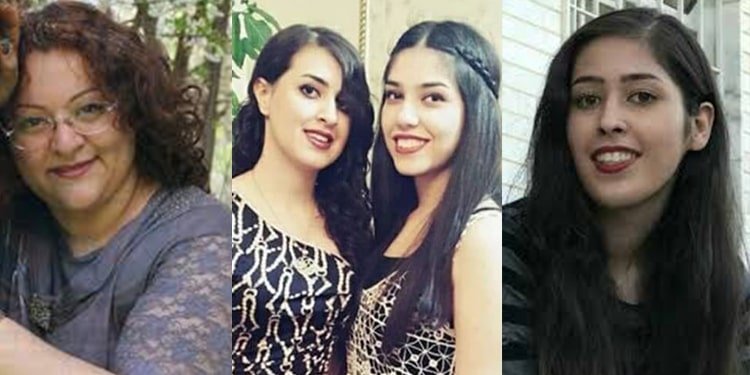 Iranian courts have sentenced three Baha’i women to long prison term sentences during the past days.

One of the women, Yalda Firouzian who resides in Iran’s Semnan Province, has been sentenced to six years in prison. She was also deprived of staying in Semnan for two additional years.

An appeal court in Iran’s southern Kerman Province sentenced other members of the Baha’i faith to a total of 12 years behind bars on Saturday, November 9, 2019. Kiana Rezvani and Kimia Mostafavi residing in Kerman were sentenced to six years in prison each.

Kiana Rezvani had previously been deprived of admission to university in 2016 due to her Baha’i faith despite passing the entrance test.

Also on November 9, another Baha’i woman, Samin Maqsoudi was taken to Tehran’s notorious Evin Prison to begin serving a five-year-sentence. The Revolutionary Court of Tehran had sentenced the Baha’i woman to five years in prison for her belief in the Baha’i faith, on September 22, 2019.

In another case in July 2019, that highlights the persecution of Baha’is on religious grounds, the Revolutionary Court of Birjand sentenced nine Baha’i citizens, including four Baha’i women, to 54 years in prison. The sentenced women were Maryam Mokhtari, Ra’fat Talebi Fard, Shaida Abedi, and Simin Mohammadi. They have each been sentenced to 6 years’ imprisonment.