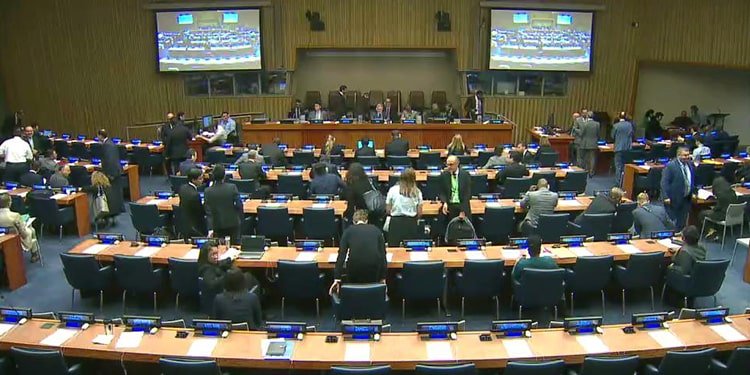 The Third Committee of the General Assembly of the United Nations censured for the 66th time, flagrant violations of human rights in Iran.

The Third Committee of the UN General Assembly adopted a resolution with 84 affirmative votes on Thursday, November 14, 2019, condemning the grave and systematic violations of human rights in Iran.

Mrs. Maryam Rajavi, the President-elect of the National Council of Resistance of Iran (NCRI), welcomed the adoption of the 66th UN resolution.

Welcoming the adoption of the 66th UN censure of the #HumanRights violations in #Iran, I emphasize that impunity for the clerical regime leaders must end & they must be prosecuted. #NoImpunity4Mullahshttps://t.co/9XeGohMmPh pic.twitter.com/Wc0p9rIa24

Those responsible for the majority of the crimes to which the resolution has referred are the very people who have been continuously perpetrating crime against humanity for the past four decades, in particular the 1988 massacre of political prisoners, Mrs. Rajavi said, adding, this resolution reaffirms the indisputable imperative that impunity for the criminal leaders of this medieval regime should end and all of them must face justice for 40 years of crime against humanity.

The UNGA Third Committee expressed serious concern “at the alarmingly high frequency of the imposition and carrying-out of the death penalty” in Iran, and voiced alarm at the “widespread and systematic” use of arbitrary arrests and detentions, prison conditions and discrimination against women.