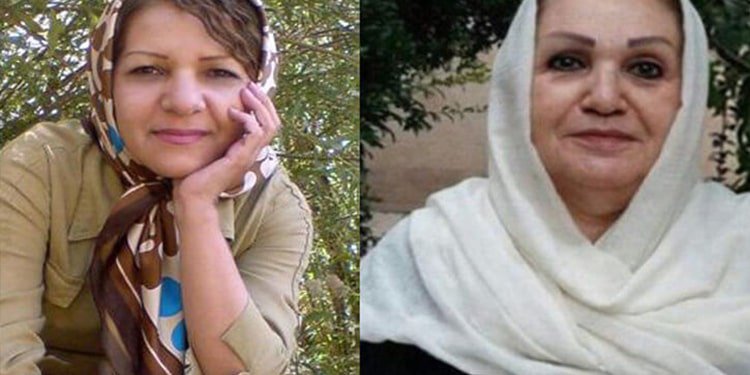 The Revolutionary Guards agents ransacked the residences of the human rights activist women, confiscating some of their belongings including their cellphones and tablets.

As the IRGC agents were searching the residence of Raheleh Rahemipour they insulted her children, took her son to another room and brutalized him. Her son and daughter were told to report to the Courthouse of Evin later that week.

A source close to the arrested women said their families had referred to Evin’s Courthouse as well as the Guidance court and detention center, but were told that Raheleh Rahemipour and Jila Karamzadeh Makvandi were not there. The next day, however, Ms. Makvandi’s family were told at the Courthouse of Evin that their cases are filed with the Inspections Department of the Courthouse of Evin and that they should not inquire about them until Sunday.

Jila Karamzadeh Makvandi is an artist, poet, and a human rights activist. She was one of the first women to join the Mothers of Laleh Park movement.

In another development on Wednesday, November 13, 2019, the court convened to examine the case of imprisoned labor activist Neda Naji. Her husband, Jamal Ameli, later tweeted that “Neda Naji’s court convened but did not issue a bail bond, and she was returned to prison.”

Additionally, political prisoner Samaneh Norouz Moradi who has been incarcerated in Evin Prison for eight months, has been denied access to hospital treatment. She is in poor health and suffering from a joint disease. Prison authorities, however, refrain from sending her to hospital or granting her a medical furlough. Ms. Norouz Moradi’s eyes have also been bleeding and she is suffering from other health problems including stomach and intestinal ulcer.