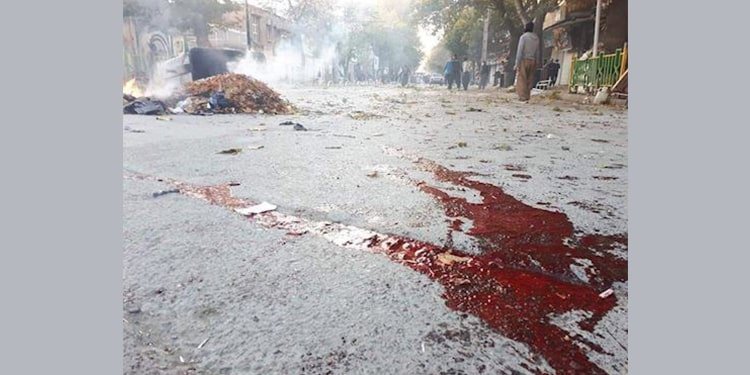 85 martyrs of the uprising, including 7 seven women, identified in 20 cities

The number of women slain during the uprising reaches 10

The names of 85 martyrs  killed by security forces in 20 cities during Iran protests have been verified and published by the Iranian Resistance. The list includes the names of seven women, three of whom had already been announced by the Women’s Committee of the National Council of Resistance of Iran. The total number of women killed during Iran protests thus reaches 10. The three remaining names have not been obtained, yet.

The women whose names have been verified and is listed among 85 martyrs of Iran protests are as follows:

The number of martyrs of Iran protests has so far reached 251. The number of those wounded is estimated at 3,700.

Most of those killed were young or teenagers, even as young as 13. Most were shot in the head or chest by the regime’s snipers. The regime is employing various ploys to try to conceal the actual death toll. In many instances, suppressive forces refuse to hand over their bodies for independent autopsy or to their families.

The number of detainees exceeds 7,000, and the wave of arrests is ongoing.

On November 15, on the second day of the uprising, the IRGC-affiliated Fars news agency said on the basis of “the initial assessments of a security institution” that “so far, about 1,000 people have been arrested during the recent unrest in the entire country.”

Most of the arrests, however, were made in subsequent days.

The state-run TV and radio reported on November 16 that 300 people were arrested in Tehran and on November 17, Alborz province’s IRGC reported that “150 leaders disrupting security in Alborz were identified and arrested (state-run Vatan-e Emrouz daily). On the same day, the governor of Khuzestan province said 180 people were arrested (state-run IRNA) and the IRGC-affiliated Javan daily reported 80 arrests in Shahriar.

Mrs. Maryam Rajavi, the President-elect of the National Council of Resistance of Iran (NCRI), urged all compatriots to actively attend the memorial services of the martyrs, provide care and treatment to the wounded and injured, and look after families who have lost their guardians. She called on the United Nations Security Council, governments, and international human rights organizations to demand an immediate halt to the killings and suppression and to demand the immediate release of prisoners. The UN Security Council must declare Ali Khamenei, Hassan Rouhani, and other regime officials as criminals against humanity for their involvement in suppression and bloodshed so that they face justice and trial. The UN must urgently send fact-finding missions to Iran to conduct investigations around the killings, casualties, wounded, and prisoners.