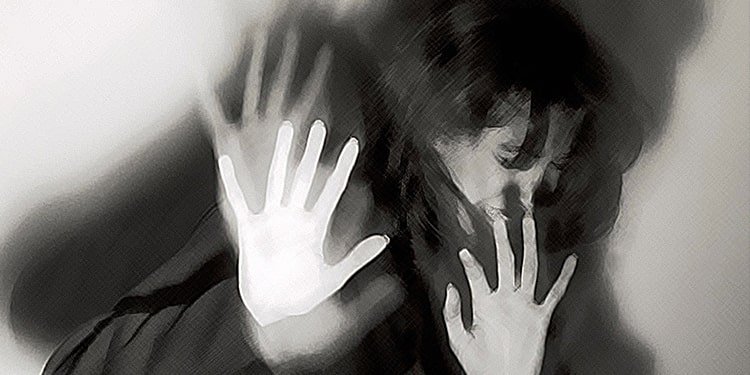 November 25 marks the International Day to Eliminate Violence Against Women. This is a good opportunity to briefly review the conduct of the Iranian clerical regime and its state-sponsored violence against women in Iran.

The mullahs’ regime in Iran is inherently misogynous. This means that the regime invigorates its forces and its policies around subjugation of women and gender discrimination.

Two hallmarks of violence against women in Iran are: 1. it is state-sponsored, and 2. it is institutionalized in the law and promoted by it.

The regime’s social researchers and experts also admit that the legal, judicial and disciplinary structures are set up in a way that men permit themselves to use force and violence against women. (The official IRNA news agency – July 18, 2019)

The proposed bill to prevent violence against women was stalled eight years in the mullahs’ parliament and judiciary. Finally, in September, the Judiciary passed the bill to the government to be later adopted by the parliament.

The Judiciary changed the bill’s name to “Protection, Dignity and Provision of Security for Mesdames Against Violence.” It removed at least 41 articles of the original bill and re-wrote it in five chapters and 77 articles. (The official IRNA news agency – September 17, 2019)

Some experts say a major deficiency in the new bill is replacing the word “women” with “Mesdames” which refers only to married women. Therefore, girls under 18, single women, victims of social ills and those subjected to such harms, are not covered by this bill.

Neither does the bill criminalize sexual harassment, rape, and sexual exploitation of women and it does not contain any punishment for the assailants.

The Iranian Act to Protect Children and Adolescents (2002) does not criminalize physical abuse and does not mention sexual abuse.

The Constitution recognizes the father as the person who owns the blood of his child, thereby condoning honor killings by fathers. Enforcing the compulsory veil, the main form of VAW in Iran

State-sponsored violence to impose the compulsory veil are the most common form of violence against women in Iran. The Commander of the State Security Force, Hossein Ashtari, acknowledged in September 2016, that his forces arrest at least 2,000 women every day in cities across the country, for flouting the veil. These arrests are accompanied by force and violence.

More than domestic violence, Iranian women are exposed to violence directed against them by the clerical regime’s forces everywhere, every day, and round the clock. The mullahs’ parliament published a report in July 2018 admitting that more than 70% of Iranian women do not believe in the compulsory veil and are considered “improperly veiled.” More than 85% of the “improperly veiled” do not approve of government intervention to

Yet, every year, the security forces’ measures to confront Iranian women’s opposition to the compulsory veil become tougher and more violent.

The arrest in late June of a young woman, 15, in a park in Tehran for not observing the veil during a water-gun game with her friends outraged the public.

UN experts issued a statement in which they said 32 women had been arrested in 2018 for protesting the mandatory Hijab. At least 10 women were imprisoned for this reason, the experts said.

The clerical regime also launched new plans – Nazer 1 and 2 – to step up its crackdown on women under the pretext of dealing with improper veiling.

Khamenei’s deputy in the General Staff of the Armed Forces, Mostafa Izadi, also announced that the Assembly to Promote Virtue and Forbid Evil has 30,000 members in 26 provinces who send their reports every six months to the person of the supreme leader. (The official IRNA news agency – September 30, 2019)

Iran is the only country in the world that executes so many women.

97 women have been executed during Rouhani’s tenure, 11 of them between November 2018 and November 2019.

Many of those executed are women who were victims of domestic violence and committed murder in self-defense.

Political prisoners are systematically abused and brutalized to force them into making false confessions, cooperating with the regime, or giving their information.

Saba Kord Afshari was imprisoned and tortured for months to cooperate with the regime. They even arrested her mother to further pressure her. Once they did not succeed, they gave her a sentence of 24 years in prison. Over the past year, the regime also handed down many flogging sentences of 74 to 148 lashes for women activists this year including for Atefeh Rangriz, Parisa Rafii, Nahid Khodajoo, Marzieh Amiri, Nasrin Javadi, Sepideh Farhan, Nasrin Sotoudeh, among others.

At least in one case, 74 lashes were carried out for Sufi woman Elham Ahmadi after she finished her sentence and before being released from prison.

At least in two cases, women activists were brutalized in their prison cells. And in another case, all prisoners of wards 1 and 2 of Qarchak Prison were brutalized and deprived of food and water for demanding medical treatment for a sick prisoner. The guards lobber tear and pepper gas into their cells.

Another common form of violence against women in Iran is early marriage. Because of the law and the legal age of marriage which is 13 and because of poverty, the number of early marriages has increased in recent years.

Ali Kazemi, advisor to the legal deputy of the Judiciary Branch, announced in March 2019, that between 5 to 600,000 girl children get married every year (in Iran). This figure relates to officially registered marriages and does not include those which were not officially registered. (The state-run daily Entekhab – March 4, 2019) Iran saw new, unprecedented forms of honor killings over the past year. This form of domestic violence is due to the patriarchal culture promoted by the regime and also the hangings that are carried out in front of the public eyes.

There were numerous instances over the past year where a husband hanged his own wife.

Monireh Abou, 35 and eight-months pregnant was hanged by her husband in Bukan.

Maryam Mohebbi, mother of two, was hanged by her husband in Songhor for coming home late.

Maryam Bakhtiai, 29, was hanged by her brother in Dehloran and subsequently beheaded.

Shiba Kamran, 21, was set alight by her parents-in-law in Urmia.

Last March one of the regime’s officials admitted that 98 percent of those who refer to the social emergencies are women who have been battered at home. Reza Jafari, head of Social Emergencies, said 15% of these women have higher education. (The state-run Fars news agency – April 14, 2019)

In only one of the districts in this province called Dishmuk, 11 women self-immolated in just six months.

More in-depth review of violence against women in Iran and its causes, does not fit in this brief article.

These days, as the world is preparing to celebrate Beijing +25 and every country is reporting on their positive steps towards gender equality and respect for women’s rights, Iranian people and women are rising up against Iran’s ruling regime. As the regime has confessed, Iranian women are leading the protests in more than 170 cities across the country seeking to establish the pluralist rule of a democratic government based on gender equality and popular sovereignty.

At the same time, the Iranian regime is viciously cracking down on the populace for their legitimate demands and protest to fuel price hikes. At least 13 women have been identified among those killed.

The final word is that the root cause of virtually all problems in Iran and particularly the problems of women, is the totalitarian and misogynous regime ruling the country. And the solution is in regime change as cried out by the people of Iran in their recent uprising.

Until then, the international community should take effective measures to stop slaughters, torture and violations of the basic rights of the Iranian people and women.