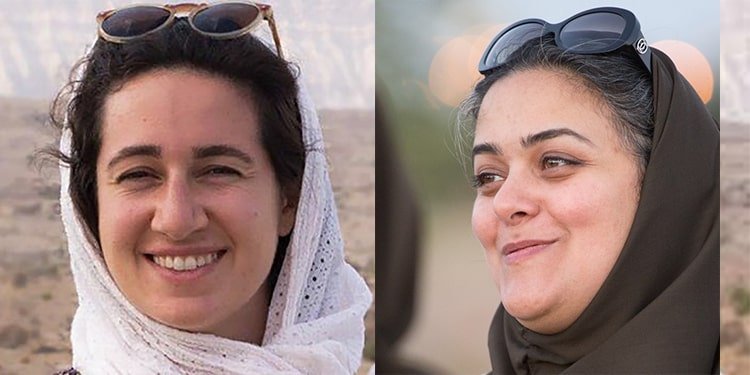 Two female conservationists and four Baha’i women were sentenced to 3 to 10 years in prison.

The sentences were issued on November 20, 2019, behind closed doors and in the absence of the defendants’ lawyers, and while Iran’s internet had been shut down at the height of protests against fuel price hike. The unfair verdicts provoked strong international criticisms.

Niloufar Bayani, a graduate of McGill University, had worked with the UN Environment Program in Geneva for six years. In addition to ten years in jail, Ms. Bayani has been ordered to hand over her 360,000 dollars of earning from six years of work at the United Nations.

Niloufar Bayani and Sepideh Kashani went on hunger strike in Evin Prison in July 2019 to protest their continued detention without determining their case. They were illegally held in Ward 2A of Evin under distressful conditions.

In another development, the Revision Court of Bushehr, sentenced four Baha’i women, to four years in jail, each.

Minoo Riazati, Ehteram Sheikhi, Farideh Jabbari and Pouneh Nasheri had been sentenced for their faith to three years in prison, each, on May 5, 2019.

Earlier, Baha’i citizens Kiana Rezvani and Kimia Mostafavi, in Kerman, and 9 Baha’i citizens including four women –Maryam Mokhtari, Raf’at Talebifard, Sheida Abedi, and Simin Mohammadi—in Birjand, had been sentenced to six years in prison for adhering to their faith.

Nikta Esfandani 14, among more than 450 slain in the Iran uprising