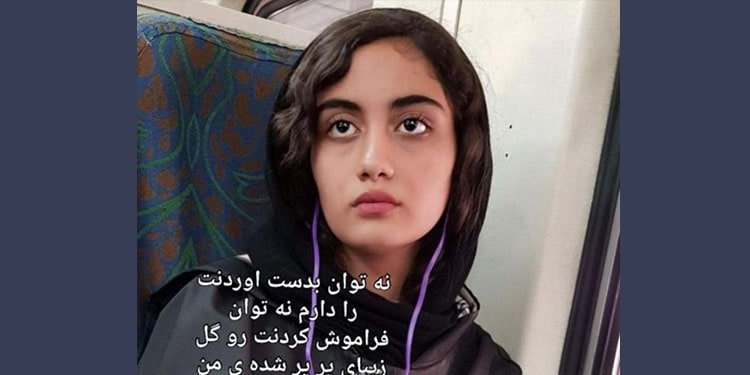 Nikta Esfandani 14, among more than 450 slain in the Iran uprising

The National Council of Resistance of Iran issued a statement declaring that the number of those killed in the Iran uprising exceeds 450. Recent reports say a 14-year-old girl by the name of Nikta Esfandani was slain in Tehran.

Nikta Esfandani was shot in the head by security forces on November 16, 2019, on Tehran’s Sattar Khan Ave. The family of Nikta Esfandani looked for her for three days before they could receive her body. Regime’s officials told her family that since she was only 14 and was a kid, they would not ask for the cost of bullets. Born in April 2005, she was buried in Behesht-e Zahra cemetery on November 20 2019.

On the other hand, the wave of arrests continues across Iran.

Prisons in Tehran, including Evin and Fashafouyeh, are overcrowded with arrested protesters, running short of space. A number of female students are among those arrested.

Maliheh Jafari and Maryam Jafari, students of Tehran University’s school of Fine Arts, were arrested on November 18, 2019, on Pour Sina Ave. in Tehran. The two students are presently held captive in the detention center of Evin Prison.

Mrs. Maryam Rajavi, President-elect of the National Council of Resistance of Iran, said the killing of protesters is a manifest case of crimes against humanity. She urged the international community to take urgent action to halt the killing and suppression of protesters, immediately. She also urged the UN to send a fact-finding mission to Iran to investigate about those killed, injured and imprisoned during Iran protests. Mrs. Rajavi also said, “The regime leaders must face justice for perpetrating crimes against humanity. Silence and inaction are both a violation of international conventions, laws and standards, and embolden the regime to continue its crimes and expand them to the region.”