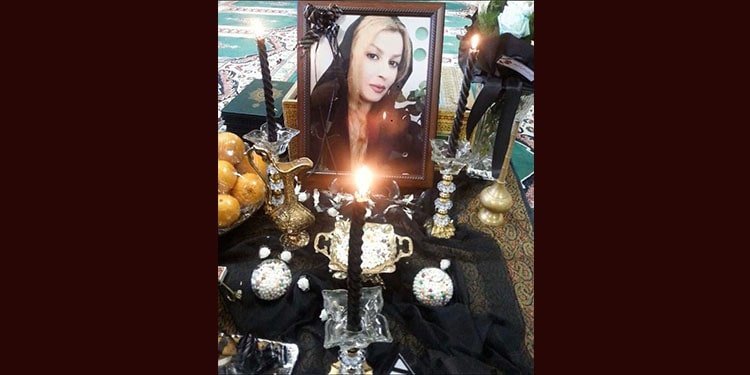 The name of another woman has been verified among the martyrs of the Iran uprising. Mahnaz Mehdizadeh Nader is the 16th woman identified as being killed during the protests.

Mahnaz Mehdizadeh Nader was shot three times by the Special Units of the State Security Force during the Iran Uprising in Karaj in mid-November. At the time of handing over of her body, government agents warned her family against disseminating the news of her death.

In addition to Ms. Mehdizadeh, the picture and age of Ms. Azadeh Zarbi has also been verified.

Also the picture of the woman shot in the head in Shahriar belongs to Ms. Golnaz Samsami whose name had been already announced among the list of martyrs of the Iran uprising.

The names of the 16 martyred women identified so far follow:

The Iranian Resistance has been able to verify that at least 450 persons have been killed during the Iran uprising. The People’s Mojahedin Organization of Iran has published the names of 179 of these martyrs, so far.

The vicious slaughter of protesters in Iran is a manifest case of crime against humanity and the Iranian regime’s leaders must face justice for them. The Iranian Resistance calls for the dispatch of a fact-finding mission to Iran to investigate the deaths, injury and imprisonment of protesters.