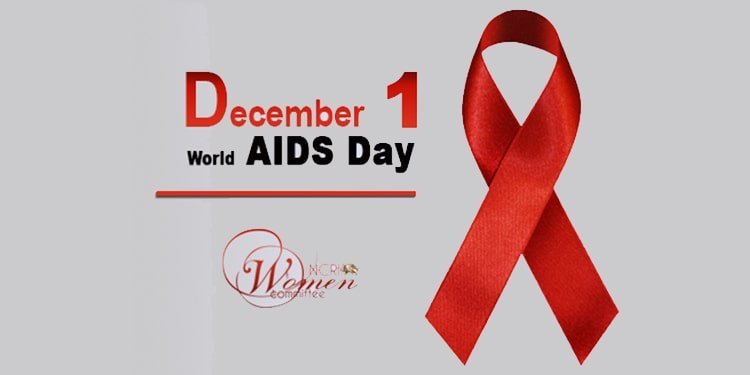 Conditions of AIDS victims and women suffering from AIDS in Iran

December 1 marks the World AIDS Day designated since 1988 as an international day to raise awareness about AIDS caused by the spread of HIV infection. The World AIDS Day is one of eight health campaigns by the World Health Organization observed often with education on AIDS prevention and control.

The absolute majority of people in Iran suffer greatly under the corrupt rule of the religious fascism. Lack of public and social services and medical insurance are big problems for the general public. This problem is much greater for victims of AIDS, and particularly the women who suffer from this disease which is considered a taboo in Iranian society.

In October 2019, at least 300 residents of a village including hundreds of women, children and infants contracted AIDS.

Residents of Chenar Mahmoudi village say that a health clinic agent used disposable syringes multiple times to take diabetes test from them. This led to the sudden outburst of HIV virus and contraction of the disease by so many people. Some residents say as many as 500 people have been affected. Some residents refused to have the test fearing they would also contract the disease. One of the victims was a six-month baby who contracted a skin disease after being injected. Her lips chapped and her mouth foamed.

The regime officials blamed one another for this catastrophe and finally incriminated the medic working for the local health clinic. The chair of the Health Committee of the mullahs’ parliament, Mohammad Hossein Ghorbani, blamed the inhabitants and particularly the women of this village for spreading the disease, something that outraged the residents and sparked angry protests for several weeks. (The state-run ROKNA news agency – October 2, 2019)

In a meeting with deputy ministers sponsored by the presidential directorate for women and family affairs, Reza Mahboubi, deputy director of the Interior Ministry’s Social Affairs Organization, admitted to the dire situation which needs special attention.

He revealed that there are 70,000 HIV positive patients in Iran, 47 percent of whom are women. He pointed out that the population of addicted women or women involved with narcotic drugs had tripled over the past several years.

In July 2015, Massoud Mardani, member of the National AIDS Committee, had declared that there was a 33 percent rise in the number of AIDS patients in Iran. He said the age of AIDS patients had dropped to 16 and in recent years, the rising trend of contraction of this disease had inclined towards women and teenage girls. (The state-run Shafaqna.ir– July 30, 2015)

Regime experts have explicitly confessed that official statistics must be multiplied by 5 and sometimes by 7, to find the actual number of AIDS victims. For women, the numbers must be multiplied by 10 because many women are unaware of this virus. Sometimes, due to social and cultural reasons, they do not refer to specialist doctors or take the special tests. It has been reported that the cases of sexual AIDS in Iranian society is on the rise. In a 2013 report, UN officials announced that compared to the 2001 statistics, the number of new cases of HIV infection among children and adults had decreased by 33 percent universally.” (The state-run Khabaronline.com– September 9, 2016)

All women suffering from AIDS complain from lack of special medical centers. For example, there are not enough dental clinics or gynecologists. These patients have problem receiving medical treatment for mouth and dental illnesses, and for gynecology and childbirth. A number of them speak of being mistreated by the medical community. Patients say doctors rarely accept them, so they have to conceal their illness. This gets more complicated when it comes to childbirth. To give birth to healthy babies, female AIDS patients need special care and services. Sometimes, a pregnant woman has to refer to several medical centers to convince a doctor to accept her for child birth. The high price of medical treatment is another issue AIDS patients have to deal with.

Maryam had a bad tooth ache. She says the pain had become intolerable. She referred to several doctors and medical centers, but when she said she had AIDS, not only the doctors did not accept her but in some centers they insulted and used foul language against her, sending her out of the doctor’s office.

Shahla, 28, contracted the disease from her husband, an addict who injects drugs. She said the doctors’ community labeled them more than ordinary people. I always had problem in receiving medical care, including dental service, gynecology and endoscopy. Once the doctors learned about my illness, they sent me out of the clinic. So, I was forced to conceal my illness. For delivery of my baby, I referred to all the hospitals in Tehran, until I found a hospital in Shahr-e Ray which accepted me, but I had to pay for all the expenses of delivery even the expenses of boots, gloves and other equipment for the operation room. Now, Shahla has a 4-year-old son and is worried about her future.

Sara also spoke about her delivery and that no hospital accepted her: “I was having delivery pain for 17 hours, but doctors did not care and just passed by. In the meantime, other patients and some doctors blamed me for getting married to a prisoner which made me end up in this situation.” (The state-run Tasnim news agency – February 21, 2018)

All women who suffer from AIDS believe that AIDS patients are extremely isolated and disgraced in Iran. They are rejected by their families and friends, social groups, doctors’ community, and colleagues at work.

Mona has been living with this disease for over 13 years. She says AIDS was like a bomb which ruined her life. “Just from the beginning, I was rejected by my family. Although my husband was the one to transfer the virus to me and my child, my husband’s family rejected me from the initial years. Only my mother and sisters cared for me. My child and I were never invited to the parties. Even if I went to a ceremony, I felt strange and I concluded that I had better not go. I felt as if I am forcing myself on others.”

Sara contracted AIDS four years ago when she was hospitalized and injected with contaminated blood. She says, “My mother is the only one who cares for me. My cousins and aunts are cold towards me and they even insult me.”

Mona’s child was born with AIDS. He thinks his mother was the cause of his disease, and in one of the weekly group therapy sessions said he hated his mother. He is trying to take revenge from her. (The state-run Tasnim news agency – February 21, 2018)

Poverty and the extensive grounds for contraction of AIDS

Talking about the catastrophe of child laborers who sift through the garbage, Hossein Maghsoudi, member of the mullahs’ parliament, said, “Garbage gangs use derelict children and women, and addicts to collect garbage. Today, these children are victims of this ‘dirty gold.’ Currently, there are some 15,000 scavengers in the capital, 5,000 of whom are children. 40% of them are 10 to 15 years old and their families’ only breadwinners.” (The state-run ICANA news agency – October 18, 2019)

State-run media have written about the girl children sifting through garbage saying they are more vulnerable to diseases than boys. Their long hairs are full of lice and they have not enough water to wash their hair. The little water they use is contaminated. (The state-run ILNA news agency – June 12, 2019)

Iron deficiency, lice, skin and ear infections, severe malnutrition, hepatitis A and AIDS are just some of the diseases child laborers are affected with.