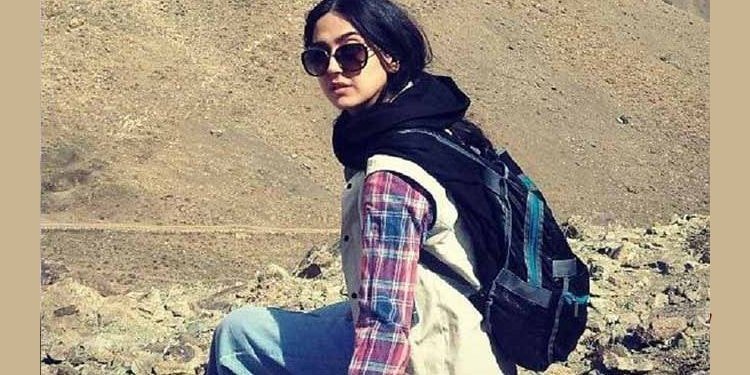 Labor activist Neda Naji was sentenced to 5.5 years in prison for participating in peaceful Labor Day protests in Tehran. Jamal Ameli, her husband, twitted, “The verdict for Neda Naji was issued on December 3, 2019, after 218 days of detention under undetermined conditions.”

Labor activist Neda Naji was arrested and detained with undecided status in the notorious Qarchak Prison on May 1, 2019. She was brutalized in prison at least twice by prisoners incited by prison authorities.

Civil activist women Raha Ahmadi and Leila Mir Ghaffari were also sentenced to 4 years in prison, each, by the Revolutionary Court of Tehran on December 4, 2019.

Conservationist Sepideh Kashani was transferred from the Intelligence Ministry ward 209 in Evin Prison to the Women’s Ward in the last week of November. Tehran’s Revolutionary Court has sentenced Sepideh Kashani to six years in prison on the charge of espionage. Her verdict was issued after 22 months of detention with undecided status.

Zahra Zare’e Seraji, a political prisoner detained in the Qarchak Prison of Varamin, went on hunger strike on November 24, 2019, to protest the breach of the principle of separation of prisoners’ categories and lack of potable water. On December 1, 2019, she felt very ill and was transferred to the prison’s dispensary. Ms. Zare’e suffers from epilepsy. In 2018, she was sentenced to two years in prison. In another development on December 3, 2019, the Revolutionary Court of Tehran sentenced Moloud Hajizadeh, a journalist, to two years in prison and payment of 4 million tomans of cash fine.

On December 2, 2019, Shahnaz Akmali, mother of Mostafa Karim Beigi, martyr of the 2009 uprising, was summoned to the Office for the Implementation of Verdicts, for serving her one-year sentence.