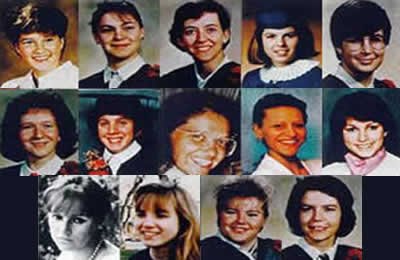 National Day of Remembrance and Action on Violence Against Women,

On December 6, 1989, 14 women, individuals at l’École Polytechnique de Montréal, were killed in a gender-based act of violence. They were: