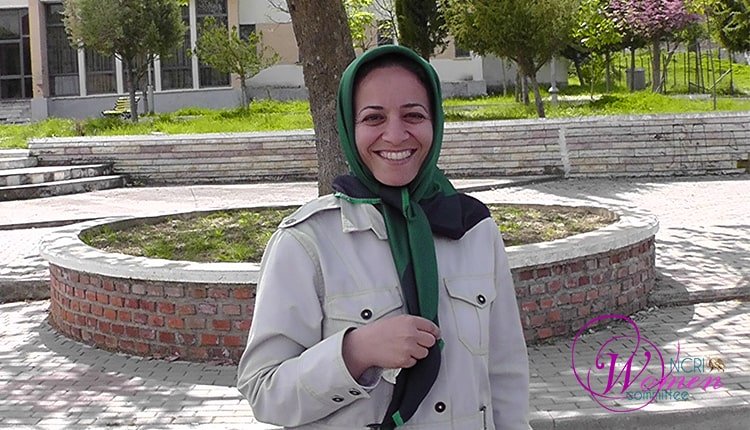 Somayeh Mo’ini has known the Iranian Resistance for quite some time.

Ever since my childhood, our home was a place where members of the Resistance gathered, stayed, and were assisted. My mother courageously sheltered the Mojahedin (PMOI/MEK) and their supporters, ensuring our place was accessible to all.

We are 10 sisters and brothers. Now my two brothers and I are members of the Iranian Resistance.
I was only one year old when my older brother Asghar[1], a supporter of the Mojahedin (PMOI/MEK), was arrested by the regime’s agents and spent from 1982-1986 in prison.  My sister was also in jail from 1983-1985. Every Saturday my family spent hours from dawn to dusk organizing our visit to the prison. Those were hard days…
I was small at the time but as I’ve been told, every time we visited, I became sick for a long time due to the fatigue and pressures of the prison authorities.

And that basically sums up the childhood of Somayeh Mo’ini, bars of jail and the mutual pressure it imposed on the family, an atmosphere where the family was deeply involved in the political scene with a mother who supported PMOI/MEK members.

As I graduated from high school and began my studies in Public Administration in university, I simultaneously worked as a bookkeeper for a private accounting firm in Tehran. I spent four days at school and three days at work.
I recall during those days, I was always preoccupied with so many ‘why’s about the society and social relations!
Every morning, on my way to either college or work, I saw a few little girls in the streets sitting on the floor with a scale in front of them. Instead of going to school and enjoying their childhood, they worked to help their families. To witness such scenes was really hard and painful for me. It’s difficult to express in words how I felt each time I caught a glimpse of their innocent eyes.

I doubt it’s comprehensible unless you experience it for yourself.  The innocence in their looks makes one feel as if life is desolate and meaningless; it makes one want to scream and challenge everything in the world; it feels as if anger and tears are intertwined which turn into an intense moment of a tendency to move, and ultimately make a serious decision to change one’s society!

From then on, these thoughts revisited Somayeh Mo’ini quite often.

Why do young girls have to work and grow up on the streets for so little money instead of attending school and living wonderful childhoods?
Why is there so much pressure on women’s hijab during their entrance to the university that they are forced to wear a chador?
Why are we not allowed to choose the field of study we desire? Just because we are women?
Why such discrimination at the university?
Why are women refused to work and have jobs?
And why each protest is followed by a nightmare of arrests and imprisonment?

If I were to summarize my experiences of the environment I witnessed, in the simplest terms would be that I felt as if I were not a human being. Everything was limited and subject to the strict rules and regulations that were predetermined and rigidly applied. My mind, desires, ambitions and future were confined to restrictions and nothing else.

And that’s how I decided to search and find a different world, the world of Resistance and their struggle for freedom!

I had just come to see for myself what they were like. I had only heard about them from my family but never actually met any one of them.
The one thing that made me decisively choose to stay when I went to Ashraf was the warmth, love, and intimacy that the women of the PMOI/MEK gave me from the very beginning.
Those moments have forever been imprinted on my mind and I shall never forget what it felt like as the void, lethargy, and sadness in me that I had carried from Iran were washed away and replaced with a sense of purpose, motivation, and warmth.

That same day, I decided to stay a bit longer so that I could learn more.

This is the sixteenth year since the year my ‘whys’ gravitated me to Ashraf. I have been a member of the PMOI/MEK and fighting alongside the Resistance for a better tomorrow for my country, especially for the women and girls in Iran.

Today, more than ever, I can say that I really am proud of the choice I have made.

Maliheh Moghaddam: We are the invincible ones, not the interrogators!