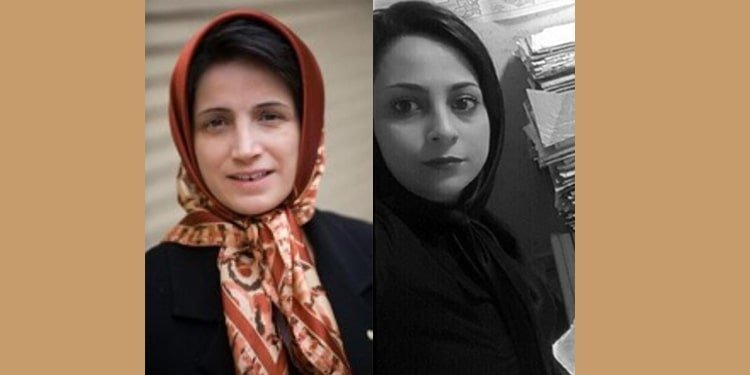 Two human rights lawyers who are incarcerated in Evin Prison have sent out letters expressing concern about the conditions of those arrested during the November protests. They said they face torture and mistreatment to extract false confessions from them against their own will.

One of these human rights lawyers is Nasrin Sotoudeh whose letter was publicized on Monday, December 9, 2019. While denouncing the “ruthless attacks by the police and security forces” on the protesters, she wrote: “Those detained do not have access to lawyers of their choice and to the due process of law. Government officials have called for broadcast of the confessions of the detainees against themselves. It is feared that some of the detainees might give in to this under physical and psychological pressure and torture.”

Ms. Sotoudeh called in her letter for “independent investigations in the presence of trusted representatives and lawyers of people and civil activists, with the intervention and observation of the UN High Commissioner for Human Rights and the UN Special Rapporteur on human rights in Iran, to prosecute those who ordered and executed the slaughter of protesters.”

She demanded that the Iranian regime “announce as soon as possible the number of victims, injured and detained” protesters “many of whom are detained in dangerous conditions.”

She called on the clerical regime to “hand over the remaining corpses of the victims to their families and allow them to hold dignified mourning ceremonies.”

She also urged the regime to “abandon its intimidation of the families of the victims and those detained” and “guarantee freedom of protests and assembly.”

Another one of the detained human rights lawyers is Soheila Hejab who wrote in her letter: “I am concerned about my compatriots who have been arrested during the recent protests.”

She condemned the regime’s crackdown on the people’s peaceful protests and said, “(The authorities) cannot turn a blind eye on people’s frustration with the closed political atmosphere in Iran. Our people have bid farewell with the hardline and reformist factions.”

Ms. Hejab called for “a campaign for the freedom of political prisoners” to “prepare the circumstances for the release of those detained.”

At the same time, 160 lawyers and human rights activists signed on a letter in protest to the violent clampdown on the protesters during the uprising in November 2019.

Forough and Ma'edeh Moeeni: Teachers of human values in Ashraf