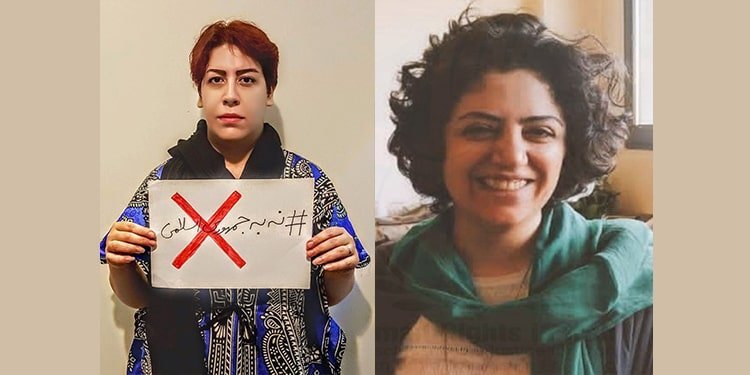 New reports have come in on the conditions of women activists arrested in mid-November simultaneous with the Iran uprising.

Rezvaneh Ahmad Khan Beigi was transferred from the IRGC Intelligence ward to the women’s ward in Evin Prison on December 12, 2019. Ms. Ahmad Khan Beigi had been arrested at her home on November 18, 2019, simultaneous with the escalation of protests across Iran.

Kurdish writer, Mojgan Kavousi, was transferred from the IRGC Intelligence Ward in Sari, to the Prison of Nowshahr. The Kurdish writer had been arrested also on November 18, 2019, at her home in Nowshahr, northern Mazandaran Province.

Ms. Kavousi was arrested in the days of the Iran Uprising for publishing a critical post in her Instagram account. She is a cultural activist from the Kurdish community in northern Iran. She has a Master’s degree in Fine Arts and has produced two documentaries motion pictures in the past years.

Women’s rights activist Raha Asgarizadeh who had been arrested while leaving the country, was transferred to the women’s ward of Evin Prison on December 12, 2019, after 15 days of interrogations.

In another development, the sentences issued for some women activists were commuted by the Revision Court. Sanaz Allahyari, Sepideh Qolian, Atefeh Rangriz, and Marzieh Amiri, the women who had been arrested during the International Labor Day protests, were each sentenced to 5 years in prison.

On December 11, 2019, Farnoush Sarabi and her brother Ehsan Sarabi, the daughter and son of Ms. Raheleh Rahemipour, were summoned to the Security Court of Tehran due to a complaint filed by the Revolutionary Guard Corps’ Intelligence.

Intelligence agents had earlier raided and ransacked the residence of Ms. Rahemipour. They brutalized her son and arrested her daughter, Farnoush Sarabi, temporarily. They subsequently complained against Farnoush and Ehsan Sarabi.

Raheleh Rahemipour was released from Evin Prison on a bail bond of 300 million tomans on December 8, 2019.