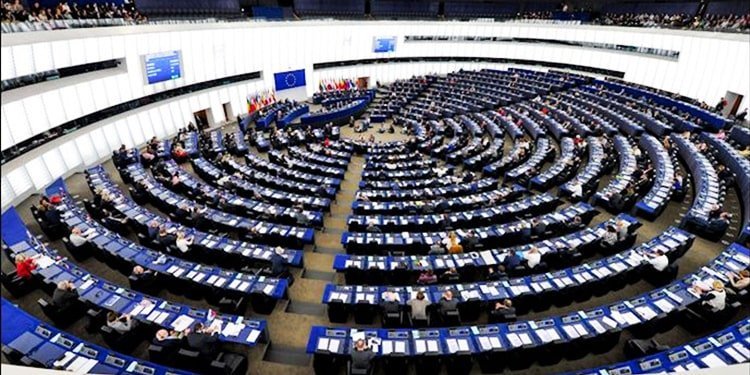 The European Parliament passed a resolution denouncing Iranian security forces’ widespread and disproportionate use of force against protesters in the November 2019 protests.

With 566 votes in favor and only 4 against, the resolution was adopted on Thursday, December 19, 2019 in the European Parliament headquarters in Strasbourg.

The resolution adopted by the European Parliament called on Tehran to announce the total number of deaths and detainees, conduct a prompt, impartial, independent and transparent investigation into allegations of excessive use of force, including direct targeting of protestors by security forces, and hold all perpetrators of violence accountable.

The MEP’s also demanded that all protestors, human rights defenders and journalists currently held under arrest in Iran for exercising their legitimate rights to freedom of expression and assembly are freed unconditionally; moreover, they demanded that the authorities inform all families of the location of their detained relatives, and calls for granting unhindered access for lawyers and international observers to all those detained during the protests and for providing identity of the detainees to the international community.

The resolution also strongly condemned Iran’s decision to shut down internet access to global networks, which prevented communication and the free flow of information for Iranian citizens; and underscored that such actions are a clear violation of the freedom of speech. They urged the Iranian authorities to lift all online based communications and services blockages.

The MEP’s stressed that fundamental rights such as freedom of expression and assembly must always be respected and calls on the Iranian authorities to live up to their international obligations, including under the ICCPR.

Mrs. Maryam Rajavi, the President-elect of the National Council of Resistance of Iran (NCRI) said, “Representatives of the European people unanimously urged the United Nations to launch a comprehensive investigation into the suppression of the Iran protests, without delay. The European Union must take immediate action to expedite these investigations by the UN.”