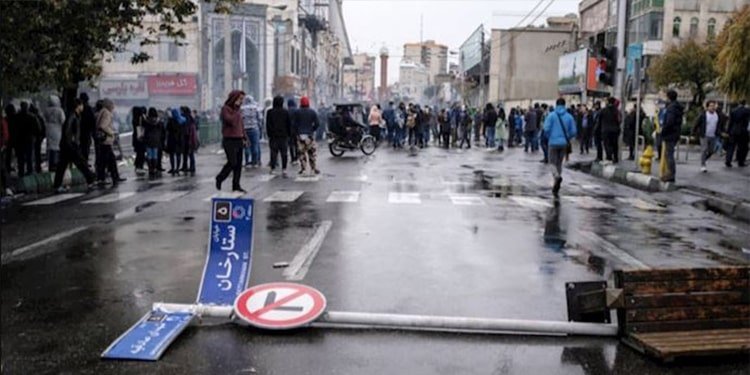 Names of 547 martyrs of Iran Uprising announced, so far

Nikta Khazaii is the 31st woman identified among the martyrs of Iran protests. In light of an estimated 1,500 people have been killed during the uprising in November, the number of women killed must definitely be considered higher.

More than a month after the uprising, the clerical regime, fearing the domestic and international consequences of its crime against humanity, has kept the names and number of martyrs, and the number of those imprisoned secret.

Mrs. Maryam Rajavi, the President-elect of the National Council of Resistance of Iran (NCRI), emphasized that the world community’s silence and inaction have emboldened the religious fascism ruling Iran to continue and intensify its anti-human crimes against the Iranian people. The time has come to end impunity for those responsible for these atrocities. The regime’s supreme leader Ali Khamenei, its president Hassan Rouhani, and other leaders, who have been perpetrating crimes against humanity for 40 years, must face justice, Mrs. Rajavi said. She called on the United Nations to form a fact-finding mission to investigate this major crime and visit the prisons and the prisoners in Iran.

The names of the 31 women identified among martyrs and compiled by the Women’s Committee of the National Council of Resistance of Iran is as the following: