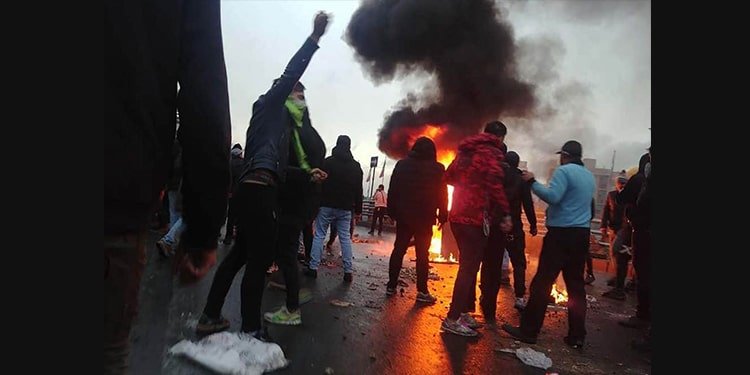 About 1,500 people were killed in Iran during less than two weeks of unrest that started on November 15, including about 400 women and 17 teenagers, Reuters reported on Monday, December 23, 2019.
The Iranian officials who provided the figures to Reuters, said they were based on information gathered from security forces, morgues, hospitals and coroner’s offices.
Reuters said Khamenei’s order to “do whatever it takes to stop them,” i.e. kill Iranian protesters, had been confirmed by three sources close to the supreme leader’s inner circle and a fourth official.

The Iranian Resistance had previously announced the number of those killed is much higher than 1,500 which is a conservative estimate. Now, the regime confirms the killing of about 400 women in the protests, and 17 teenagers.
This shocking crime is undoubtedly one of the most horrific crimes of the 21st century and by any measure amounts to a manifest case of crimes against humanity.

Mrs. Maryam Rajavi, the Iranian Resistance’s President-elect, has repeatedly called on the UN and the European Union to take urgent action and send fact-finding missions to Iran to investigate this major crime against humanity and visit the regime’s prisons and secure the release of those arrested.
She has called on the UN Security Council to declare leaders of the Iranian regime, specifically Khamenei, Rouhani, Shamkhani and IRGC Commander Hossein Salami, as perpetrators of crime against humanity and they must face justice.

The regime has also arrested at least 12,000 and is continuing to hunt more protesters.

According to reports from Iran, Ms. Maryam Payab shot in the back on November 16, 2019, in the protests over fuel price hike in Behbahan, was arrested at 10 p.m. Thursday, December 19, 2019, by agents of the State Security Force Intelligence in Behbahan.
Her family said she had been operated on in a hospital in Behbahan and released after three days.

Behbahan is in southwestern Khuzestan Province.