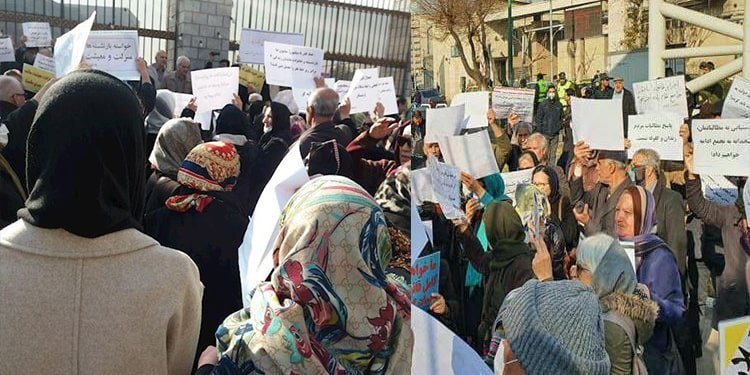 A group of retirees held a protest in Tehran outside the parliament and commemorating the martyrs of the November uprising by holding up their pictures. 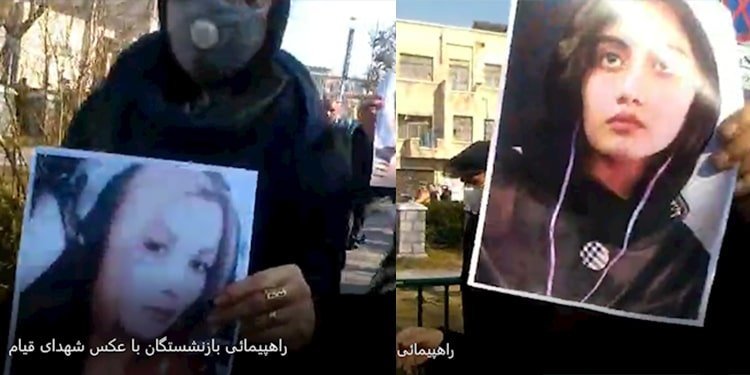 The retirees declared in their gathering that they join the nationwide uprising of the people of Iran. Women actively participated in this gathering. They chanted, “death to the dictator,” “dictator, shame on you, leave our country alone.”

The retirees reiterated that they will continue their protests and will not surrender to security forces until their demands were met.

The spokesman for this gathering said, “We cry out in the streets. We do not beg you. We want our right. You, the government, you owe us. We have worked and toiled in this country for 30 years… Your security forces punch teachers and (elderly) fathers in the chest.”

Also on Monday, December 23, 2019, the defrauded investors of the IRGC-backed Caspian financial institute, and Tehran’s Arman, held a gathering outside the Judiciary building to express their protest to the plunder of their properties and wealth. 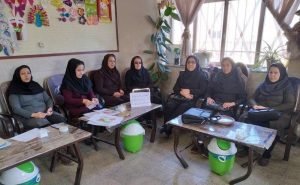 On Monday, December 23, 2019, teachers held a nationwide sit-in protest in many cities of Iran to express support and solidarity with the retirees and complain about their own livelihood. They demanded the release of political prisoners, and called for free and fair education for all.